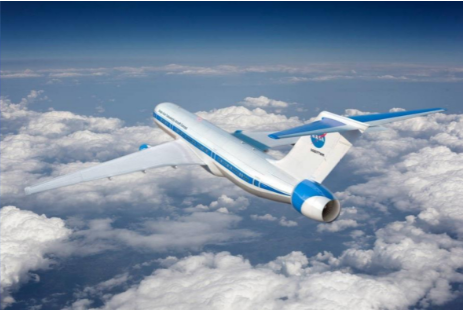 Who Should Attend: This course intended for engineers with a background in aerospace engineering that are interested in learning about the unique design considerations for electric and hybrid electric aircraft.


Safety Protocols:
In-person Course and Workshop attendees will be required to present proof of full vaccination or a negative COVID-19 test. A third-party vendor will be used to collect all vaccination and testing information. Booster shots will not be necessary. Information will follow your registration with instructions on how to submit these documents closer to the event.

Dr. Marty Bradley is an AIAA Fellow and a Technical Fellow for The Boeing Company, working in the Boeing Commercial Airplanes Advanced Concepts Group in Long Beach, California. He is the technology leader for a variety of projects related to electric and hybrid electric aircraft. Marty has 34-years of experience in vehicle design, propulsion integration, and technology studies for a wide variety of commercial and military aerospace applications. Marty was the Principal Investigator for the NASA funded SUGAR study looking at advanced technologies for future commercial aircraft, including the hybrid electric SUGAR Volt, and contributed to the National Academies report on Low Carbon Aviation. He is the Leader of the AIAA Aircraft Electric Propulsion and Power Working Group. He previously was Chair of the AIAA Green Engineering Program Committee and the High-Speed Airbreathing Propulsion Technical Committee. Marty has a B.S., M.S., and Ph.D. in Aerospace Engineering, all from the University of Southern California and teaches their aircraft design capstone course.

Mr. Reynard de Vries is a PhD researcher at the Faculty of Aerospace Engineering of Delft University of Technology. His research activities are part of the European Commission’s Clean Sky 2 research framework for Large Passenger Aircraft (LPA), and focus on conceptual design methods for hybrid-electric aircraft and experimental investigations of propeller-wing interaction for distributed-propulsion systems. Reynard obtained a BSc degree in Aerospace Engineering at the Technical University of Madrid in 2014, sponsored by a Scholarship for Academic Excellence. He subsequently pursued an MSc degree in Aerospace Engineering at Delft University of Technology, which he obtained cum laude in 2016. Since 2016 he has been actively involved in over a dozen wind-tunnel tests of various (distributed-) propeller configurations and has taught several lectures on hybrid/electric aircraft design. Reynard won two best-presentation awards at the AIAA/IEEE Electric Aircraft Technologies Symposium in 2018 and has (co-) authored numerous papers in the fields of hybrid-electric aircraft design and propeller-airframe interaction in novel propulsion systems.

Mr. Charles Lents, Associate Director at the United Technologies Research Center, has thirty years of experience in the conceptual design of integrated aircraft primary and secondary power and thermal management systems.  At UTRC, Chuck led a team in the development of an integrated modeling environment for the study of integrated total aircraft power systems and their impact on air vehicle performance.  He has led several studies investigating power and thermal management solutions for a range of commercial and military vehicles, and is the project lead for UTRC’s Innovative Propulsion project, studying and developing high altitude and alternative small engine propulsion systems. . He currently leads UTRCs NASA funded Parallel Hybrid Propulsion System Technology Development program. He has experience in a diverse set of technical areas, including thermodynamics, fluid dynamics, turbo-machinery, heat transfer, power electronics cooling, systems integration and aircraft secondary power systems, reliability, risk/uncertainty analysis and life-cycle cost modeling. Chuck received his B.S.M.E from the University of Illinois in 1982 and his M.S.M.E. from Purdue University in 1984.

Dr. Jonathan Gladin is a research engineer at the Aerospace Systems Design Lab at Georgia Tech where he performs research in the area of propulsion for aircraft applications, specifically for hybrid electric propulsion systems and also in the areas of propulsion/airframe integration.  He has contributed to four different NASA sponsored NRA’s in the area of hybrid electric propulsion and has many technical publications in that area.  He is the lead developer of Georgia Tech’s hybrid electric modeling environment, GT-HEAT, and is actively involved in teaching students the fundamentals of hybrid electric aircraft for research applications.  He also has technical experience in the areas of boundary layer ingestion systems, aircraft sub-systems, and thermal management. He received his undergraduate degree in Aerospace Engineering from the Georgia Institute of Technology in 2006 and worked as a structural analyst for Sikorsky Helicopters for three years on the Black Hawk program before returning to Georgia Tech to pursue his graduate studies in 2009. He received his Master’s degree in Aerospace Engineering in 2011 and Ph.D. in 2015.