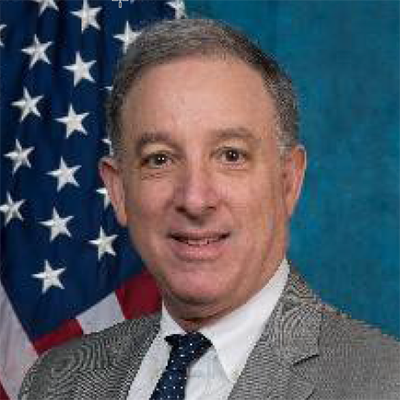 Mr. Scott Shifrin brings more than 37 years of government service with a focus on the development and acquisition of Missile Defense weapon programs and technology. Mr. Shifrin currently serves as the Deputy Program Executive for Innovation, Science and Technology. Prior to assuming his current position, he served as Program Manager for the Next Generation Interceptor (NGI) within the Ground Based Midcourse Defense Program Office at the Missile Defense Agency (MDA). Prior to that, he served as Program Director for Advanced Technology Development and as the MDA Science & Technical Director (Acting). As Program Director, he led a process for assessing foreign country technology and gaining synergy and partnerships in key technology areas. He spearheaded innovative technology efforts with the DoD, National Laboratories and Congressional Staffers, and Industry ensuring mission and budgets remained on track.

As Science & Technology Program Director, he led both the advanced technology Hypersonic Defense initiatives and Space Based Sensor development for MDA utilizing the Broad Agency Announcements. He also served as Program Director for the US-Israeli Cooperative Program, where he was responsible for the development of the Arrow Weapon System, David’s Sling Weapon System, and Iron Dome all with an annual budget of more than $400M. Preceding that, he served for six years in MDA’s Targets and Countermeasures Directorate, the last four years as the Deputy Program Director. In that position, he oversaw and provided strategic direction for a program with an annual budget of over $425M and achieved 37 consecutive successful target launches. During his tenure with Strategic Targets, he was responsible for the successful maiden launch and flight of the target missile system in support of the Missile Defense Agency testing. Mr. Shifrin’s civilian career began with MDA in 2004 in the Terminal High Altitude Area Defense (THAAD) Program Office, first as the Director, Program Integration & Assessments and subsequently as the Deputy Project Manager for Manufacturing, Fielding, and Transition in 2005.

Mr. Shifrin had a highly distinguished Army military career spanning 20 years, culminating in his retirement as a Lieutenant Colonel. His final three military assignments were instrumental in laying the groundwork for his civilian career. In 2002, Mr. Shifrin assumed responsibility as the Product Manager, Surface Launched Advanced Medium Range Air- to-Air Missile (SLAMRAAM) System of Systems, PEO Air, Space & Missile Defense. In this role, he was responsible for successfully initiating the SLAMRAAM weapon system program, while simultaneously managing the evolution and development of all maneuver Air & Missile Defense (AMD) Short Range Missiles (Stinger/Avenger) and Platforms programs for the U.S. Army. He was also selected to serve as the Department of the Army System Coordinator in the office of the Assistant Secretary of the Army (Acquisition, Logistics and Technology). In that capacity, he was responsible for coordination, oversight, and management of the HELLFIRE/LONGBOW missile, 2.75 Rockets, and Common Missile programs on the Army staff. In 1999, he served as the Executive Officer to the two-star Army General in charge of the National Missile Defense (NMD) Joint Program Officer (JPO), one of the nation’s largest and most ambitious programs.

Throughout his military career, Mr. Shifrin was selected to serve in a variety of critical Acquisition positions, including Assistant Product Manager PATRIOT PAC 3, Threat Systems Test and Evaluation Director, Missile and Space Intelligence Center, and Assistant Product Manager TOW Missile System, adding both depth and breadth to his technical and program management capability. Mr. Shifrin spent 10 years commanding Army operations at the Platoon through Battery level and led a combat arms organization of over 200 personnel through extended Joint Operation deployments. Mr. Shifrin holds a Bachelor’s Degree in Business Management from Texas Tech University and a Master’s Degree in Business Management from Texas State University. He is a graduate of the Army Command and General Staff College, a Senior Service College Fellowship selectee, and a member of the Department of Defense Acquisition Corps since 1995.