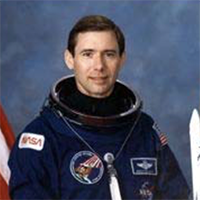 Brewster Shaw is vice president and general manager, Space Exploration, for Integrated Defense Systems at The Boeing Company. He is responsible for the strategic direction of Boeing's civil space programs and support of NASA programs such as Space Shuttle, International Space Station (ISS), Checkout, Assembly & Payload Processing Services (CAPPS), Constellation and Ares. Shaw, a former astronaut, was appointed to this position in January 2006.

Previously, Shaw was chief operating officer of United Space Alliance (USA) and had primary responsibility for the day-to- day operations and overall management of USA, the prime contractor for the Space Shuttle Program.

Shaw has held multiple management and executive roles since he joined Rockwell in 1996 after 27 years with the U.S. Air Force and NASA. He retired from the Air Force as a colonel.

During his government career, Shaw served as combat fighter pilot, test pilot and Space Shuttle astronaut and program manager. As an astronaut, Shaw flew three Space Shuttle missions – as pilot of STS-9 in November 1983, as commander of STS-61B in November 1985, and as commander of STS-28 in August 1989. He played a key role in returning the Shuttle to flight following the STS-51L, Challenger tragedy, leading the Space Shuttle orbiter return to flight team. Shaw has logged 533 hours of space flight and more than 5,000 hours flying time in over 30 types of aircraft -- including 644 hours of combat in F- 100 and F-4 aircraft.

Shaw is the recipient of many exemplary awards for serving his country in the United States Air Force and with NASA.