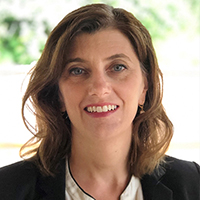 Cindy Ashforth began her career as a certification and test engineer with McCauley Propellers in 1992. She worked for The Lancair Company (later Columbia Aircraft) for nine years in the production of general aviation aircraft. She held several key positions as a structural test engineer, composite material and process (M&P) engineer, and later a certification manager. In this capacity, Cindy led certification of the all-composite Columbia 300, 350, and 400 aircraft.

Ashforth joined the FAA in 2010 as a Program Manager in the International Branch of the Transport Airplane Directorate. She managed certification of the Embraer Legacy 500 business jet and was responsible for oversight of continued operational safety (COS) and design change approvals of the Embraer E-jet fleet. She authored the branch quality procedures and was identified as the international focal for compliance with the FAA's widespread fatigue damage rule. While performed these duties, Ashforth actively supported the FAA's composite initiatives. She wrote class content for the FAA's Composite Structural Engineering Technology course and was the prime developer of the Composite Manufacturing Engineering Technology course. Ashforth is an active member of CMH-17 and co-chairman of the Safety Management Working Group.

As a Composite STS, Ashforth will manage the FAA's Composite Plan and support composite COS, certification, and education initiatives. This includes the technical support on composites on all FAA type certification and production programs.