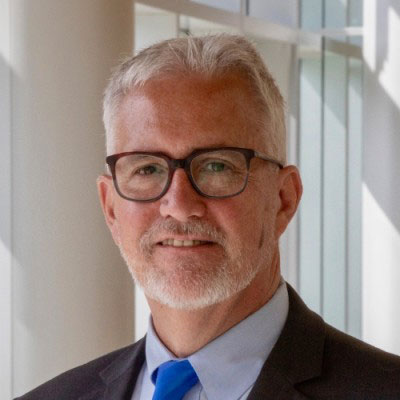 Dr. David E. Bowles is the first Executive Director of the recently established Virginia Institute for Spaceflight and Autonomy (VISA) at Old Dominion University, assuming his duties in October of 2019. Located on the Eastern Shore, VISA is chartered to grow the entrepreneurial ecosystems for spaceflight and autonomy in the Commonwealth through industry, academic and governmental partnerships, leveraging the expanding space facilities and growing capability to support advances in satellites and autonomous systems, the sensors they carry and the data they produce. Prior to his appointment at Old Dominion, Dr. Bowles was at NASA's Langley Research Center in Hampton, Virginia for 39 years, and served as Center Director from 2015 until his retirement in 2019. As Center Director, he focused on transforming the work, the workforce and the workplace with widespread use of emerging digital and autonomous technologies, including turning the 700-acre research campus into a test range for Class D autonomous research and operations. Dr. Bowles is active in the aerospace and local communities. He is an Associate Fellow of the American Institute for Aeronautics and Astronautics, and currently serves on the Boards of the Eastern Shore Community College, the National Institute of Aerospace, the Virginia Unmanned Systems Center at CIT, and the Virginia Aerospace Business Association. He is also a member of the Virginia Governor’s Aerospace Advisory Council and served on the Expert Panel for the “Commonwealth Research and Technology Strategic Roadmap”, sponsored by State Council for Higher Education and Virginia Research Investment Committee in 2019.

Dr. Bowles earned his bachelor's, master's and doctoral degrees in engineering mechanics from Virginia Tech in 1978, 1980 and 1990, respectively. He has been the recipient of numerous awards, including the Presidential Rank Award of Meritorious Executive in 2017 as a member of the Federal Senior Executive Service, NASA’s Distinguished Service Medal in 2019, and NASA’s Outstanding Leadership Medal in both 2005 and 2015.