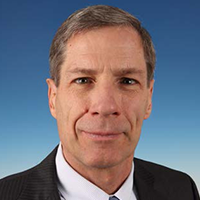 David Steffy is Vice President and Chief Technical Officer (CTO) of Northrop Grumman's Space Systems sector. Mr. Steffy is responsible for technology development and implementation across the company’s space and launch programs. Prior to this role, Steffy served as the CTO for Innovation Systems with similar leadership responsibilities. Before the acquisition of Orbital ATK by Northrop Grumman in 2018, Steffy served as Corporate Chief Engineer for Orbital ATK.

Prior to assuming these responsibilities, Steffy was Program Director for the BSAT- 2 Program where he led the development of two direct-broadcast satellites for Japan. He led the ORBCOMM Flight Model 1 and 2 programs and the follow-on ORBCOMM Constellation Program to develop, build and fly 34 sophisticated LEO Communications satellites. Steffy holds three patents from the development of these satellites, which originated an Orbital Sciences product line.

Steffy joined Orbital as the systems engineering manager for the development of the Pegasus Launch Vehicle and was the vehicle engineer for the first flight. He has also held key roles in Orbital's initial expansion into satellites. Previously, he worked in various systems engineering positions at Hughes Space and Communications (now Boeing Satellite Systems) on communications, defense and planetary spacecraft.

Steffy holds a bachelor’s and master’s degree in aeronautics and astronautics from the Massachusetts Institute of Technology. He received the National Medal of Technology and the National Air and Space Museum Trophy for technical achievement as part of the Pegasus Development Team.