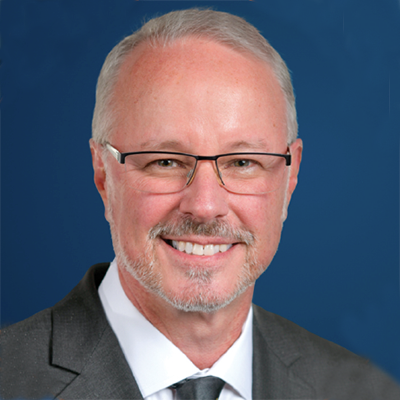 Dr. David W. (Dave) Miller is vice president and chief technology officer (CTO) at The Aerospace Corporation. He joined the company in January 2019. In this newly created role, Miller is responsible for providing vital leadership for the company’s growing prototyping efforts through his supervision of Aerospace’s Experiments Lab (the newly named “xLab”), previously called the Technology Demonstration Center. He will also oversee iLab (Aerospace’s innovation laboratory, where staff collaborate in a creative space to develop ideas into game-changing technologies); the Engineering, Science & Technology Hubs; and the Tech Fellows program.

Prior to joining Aerospace, Miller was director of the Space Systems Laboratory and the Jerome C. Hunsaker Professor in the Department of Aeronautics and Astronautics at the Massachusetts Institute of Technology. Earlier in his career, he served five years—two as vice chair—on the Air Force Scientific Advisory Board, which is a Federal Advisory Committee that provides independent counsel on science and technology matters relating to the Air Force’s mission. He also served as NASA’s chief technologist at its headquarters in Washington, DC.

Miller has helped develop an extensive set of dynamics and controls technology laboratories on the space shuttle, the Mir space station, and the International Space Station. He is currently developing reconfigurable spacecraft concepts that permit a variety of capabilities through proximity operations and docking of modular satellites. Miller has also helped develop a technique to control satellite formations without the need for propellant.

Miller’s comprehensive research experience, vast technical knowledge, investigative skills, and unique teaching abilities have prepared him to lead in the creation of agile space solutions for the most critical issues challenging Aerospace’s customers.