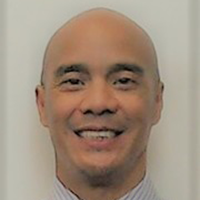 Ernest Serrano is Senior Director of Engineering for MQ-1C Gray Eagle for General Atomics Aeronautical Systems, Inc. (GA-ASI), where he has overall technical responsibility for the development, production, and field support of the Army’s Gray Eagle Unmanned Aircraft System (UAS). The Gray Eagle program was GA-ASI’s first formal Program of Record when it was awarded in 2005 and has since fielded over 200 aircraft and flown over 700,000 hours in mostly overseas operations. Mr. Serrano has been with the Gray Eagle program since its inception and currently directs over 100 multi-disciplinary project and system engineers, while coordinating activities of matrixed functional engineering teams to execute the program.

During his tenure, the Gray Eagle program has won two Aviation Week Program Excellence awards for the development of the new Gray Eagle Extended Range and for superb logitics support of Gray Eagle systems in the field where accurate and timely engineering support is vital. Mr. Serrano also has had responsibility for Internal Research and Development programs that support the Gray Eagle system to include a new high efficiency diesel engine, new aircraft variants and payloads, and modernized capabilities to make Gray Eagle relevant in the emerging global multi-domain operations.

Mr. Serrano joined GA-ASI in 1994 as a software engineer on the company’s original software development team responsible for MQ-1 Predator and MQ-9 Predator B systems. He took on progressive positions of responsibility in software engineering and in 2006 became the software development manager for the Gray Eagle program. Under Mr. Serrano’s direction, the Gray Eagle software team implemented the first Automatic Takeoff and Landing System in the company that has logged over 150,000 take-offs and landings in the field and incorporated a Manned Unmanned Teaming (MUM-T) capability that allows interoperability between Gray Eagle and Apache helicopters for tactical weapons and reconnaissance operations.

After a successful Gray Eagle system Initial Operational Test & Evaluation in 2012, he transitioned to Gray Eagle Chief Engineer with overall engineering technical responsibilities for the program. He led the IRAD development of Gray Eagle Extended Range aircraft providing 40 hours of endurance to the Army and is currently leading the efforts to develop a new avionics, navigation, and datalink suite that will modernize the Gray Eagle fleet to meet new operation demands in contested environments.

Mr. Serrano holds a Bachelor’s degree in Mathematics-Computer Science from the University of California, San Diego (UCSD). He is married and has three children.