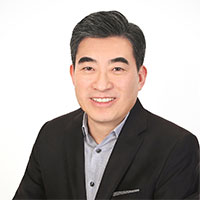 Dr. Jaiwon Shin is Executive Vice President of Hyundai Motor Company leading its Urban Air Mobility (UAM) Division. In this role, he is responsible for the development of air vehicles for the emerging urban air mobility market and build a new UAM business for Hyundai Motor Group.

Dr. Shin retired from NASA in 2019 after 30 years with the Agency as the Associate Administrator for the Aeronautics Research Mission Directorate at NASA Headquarters in Washington, DC. Dr. Shin was appointed to this position in February 2008. In this position, he managed all of NASA’s aeronautics research and development portfolio with an annual budget of 725 million dollars (in fiscal year 2019) and guided its strategic direction. This portfolio included research in revolutionary airframe, engine, aviation safety, and air traffic management technologies to enable safe and efficient aviation and to lead the community with new initiatives such as supersonic X-plane, electrification of aircraft, UAS traffic management, and Urban Air Mobility.

Dr. Shin served as the Chair of the International Forum for Aviation Research (IFAR) for 2014 - 2015. Prior to the chairmanship, he served the IFAR as Vice Chair for 2012-2013. The IFAR is the only international establishment for civil aeronautics R&D organizations with membership from 26 countries around the world for global coordination and collaboration of aeronautics research.

His honors include the 2017 Aviation Week Laureate Award for Innovation, two-time (2016 and 2008) recipient of the Presidential Rank Award for Meritorious Senior Executive which is the highest honor for civilian executives in the U.S. federal government. He received NASA's Distinguished Service Medal which is the highest honor for NASA employees. He also received NASA’s Outstanding Leadership Medal, NASA's Exceptional Service Medal, and numerous other awards for his accomplishments. He is a Fellow of the American Institute of Aeronautics and Astronautics and a Fellow of the Royal Aeronautical Society.