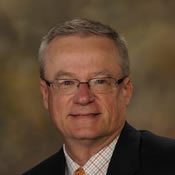 James R. Hansen has written about aerospace history and the history of science and technology for the past thirty years. He has published books and articles on a wide variety of topics ranging from the early days of aviation, the first nuclear fusion reactors, and the Moon landings, to the environmental history of golf courses.

His book, First Man (Simon & Schuster, 2005), the first and only authorized biography of Neil Armstrong, the first man on the Moon, spent three weeks on the New York Times Bestseller list and has garnered several major book awards including the American Astronautical Society's Eugene Emme Prize for Astronautical Literature and the American Institute of Aeronautics and Astronautics' Outstanding Book Award. First Man has also been published in the United Kingdom and in Japanese translation and is scheduled to appear in Chinese, Russian, Croatian, and Turkish. The film rights to the book are held by Universal Studios and a screenplay for the film has recently been completed by Mike Rich, whose movie screenwriting credits include Finding Forrester, The Rookie, Miracle, Radio, The Nativity Story, and the 2010 Disney release Secretariat.

Jim's newest book, Truth, Lies, and O-Rings: The Inside Story of the Space Shuttle Challenger Disaster, was published in May 2009 by the University Press of Florida. Several reviewers of the book (co-authored by Allan J. McDonald) have called it "the definitive study" of the Challenger accident. He is currently at work turning the memoirs of veteran astronaut and Moonwalker John Young into a published autobiography.

In 1995 the National Aeronautics and Space Administration nominated Hansen's book Spaceflight Revolution for a Pulitzer Prize, the only time NASA has ever made such a nomination. His book From the Ground Up (1988) won the History Book Award of the American Institute of Aeronautics and Astronautics. His scholarship has also been honored with the Robert H. Goddard Award from the National Space Club and certificates of distinction from the Air Force Historical Foundation. His books, The Bird is on the Wing (Texas A&M University Press) and The Wind and Beyond (NASA) explore the role of aerodynamics in the progress of the airplane in America. The latter is a six volume series prepared by Hansen and a team of his graduate students for NASA, three volumes of which have now been published. In 2005 the first volume of The Wind and Beyond won the Society for the History of Technology's Eugene Ferguson Prize for Outstanding Reference Work.

At Auburn University, Hansen has served as the Director of the Auburn University Honors College since 2006. In the four years he has been director, the total enrollment of the Honors College has tripled; the size of the incoming freshman class has quadrupled; and there has been a comprehensive reformulation of the entire Honors curriculum, with a greater emphasis on interdisciplinary studies, undergraduate research, and study abroad.

Jim has taught history at Auburn University since 1986. His teaching and research has received numerous awards and accolades from the university including the Teaching Excellence Award in the Humanities, an Alumni Professorship, the Outstanding Teacher in the Core Curriculum, and the Office of the Vice President for Research's Creative Research Award. In 2005, he was inducted into the College of Liberal Arts' Academy of Teaching and Outstanding Scholars.

A native of Fort Wayne, Indiana, he earned his PhD at Ohio State University in 1981. Students who have earned graduate degrees under Hansen's direction at Auburn currently hold positions at the University of Central Florida, National Aeronautics and Space Administration, National Air and Space Museum, U.S. Air Force Academy, U.S. Air Force Air War College, and with the American Society of Mechanical Engineers.