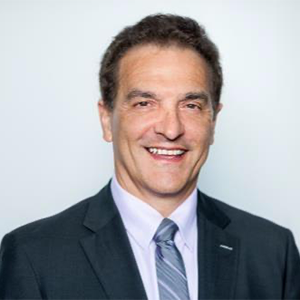 Jean Botti is the CEO of VoltAero SA and of Cassiollc, and former CTO of Airbus.

From March 2016 until March 2017 he was Chief Innovation and Strategy Officer at Philips NV. In Netherlands.

From May 2006 to March 2016 he was Airbus Group Chief Technical Officer. Botti began his professional career at Renault in 1978 before joining the Chassis Engineering division of General Motors in the U.S. in 1989. Upon his return to France in 1992, Botti was appointed General Motors’ Director of European Engineering for chassis components. In 1997, he returned to the U.S. to take over the reins of the Delphi Corporation’s Customer Solution Center, a position he held until 2002.

From 2002 to 2004, he managed Delphi’s new corporate Dynamics, Propulsion and Thermal Innovation Center as Chief Technical Officer. He rounded out his time at Delphi as the Business Line Executive for the Powertrain product line, before joining Airbus Group in 2006.

As of 2017, Botti held 31 patents and four defensive publications for the work carried out over the course of his career, and was elected as a Delphi Hall of Fame fellow. He also received the General Motors President’s Council Award in 1998, and was named a fellow of the Society of Automotive Engineers (SAE).

Botti graduated from the National Institute of Applied Sciences (INSA) in Toulouse, France, in 1986, with a degree in mechanical engineering. He pursued further studies  in the U.S., where he earned an MBA from Central Michigan University and a degree in Research and Development Management from the Massachusetts Institute of Technology (MIT), both in 1991. In addition, he was awarded a Ph.D. in mechanical engineering from the National Conservatory of Arts and Trades (CNAM) Paris in 1995, in collaboration with the University of Michigan. Botti was awarded honorary degrees from Bath University and Cardiff University in 2010 and 2012 respectively, both in the U.K., as well as from the U.S´s University of South Alabama in 2014.

Botti has been involved with a number of research organisations. Since 2014, he has been serving as a Senator of the acatech German Academy of Science and Engineering, advising the institution on strategic matters. In 2013, Botti joined the French National Air and Space Academy. He became a member of the National Academy of Technologies of France in 2011, where he provided important insights into new technologies – in particular to the Energy Committee – and was an active contributor to Academy reports promoting technology in training programmes.

Botti also served with the European Research Area Board (ERAB) as the representative for aeronautics and space. In addition, he served as a member of the Federation of German Industries’ (BDI) Technical Committee.

He received   in 2016the Medal of Honor from the French Civil Aviation Organization ( DGAC).

He is a recipient of the French Legion d’Honneur (Chevalier).