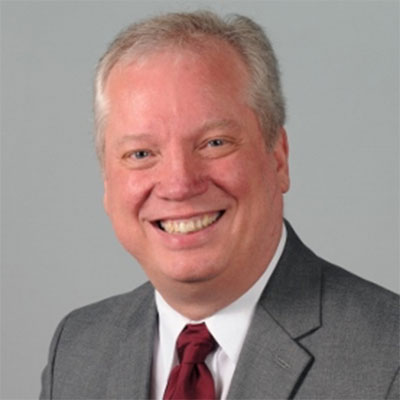 John began his career at the Boeing Wichita site in 1981. He gained professional recognition for his work in developing knowledge-based systems. In the 1980s, he pioneered Artificial Intelligence techniques used for military systems. He extended that work to smart industrial systems in the 1990s. At Spirit AeroSystems, John has focused his research on integrating production processes and factory automation. John entered the Boeing Technical Fellows Program 1994. He became a Senior Technical Fellow of Spirit AeroSystems in 2008.

John received a B.S. in Civil Engineering (Structures) from the Illinois Institute of Technology in 1981. He earned a M.S. in Engineering Management Sciences from Wichita State University (WSU) in 1987. In 1993, WSU conferred upon John a Ph.D. in Industrial Engineering for his research into neural networks for planning. He also earned a certificate Business Leadership from WSU. John is a licensed Professional Engineer in Kansas.

John is active in professional circles. He is an Adjunct-Professor of Industrial, Systems, and Manufacturing Engineering at WSU. He has authored many technical publications, held office in technical societies, organized and participated in technical convocations, sponsored research efforts, served on government-sponsored review boards, and is a member of several Industry Advisory Committees. He is a past U.S. Regional Editor of the Journal of Industrial Engineering. He served as a member of the committee for Intelligent Manufacturing Systems at the National Science Foundation. John is a Fellow of the Institute of Industrial and Systems Engineering, having served in a variety of leadership positions with the Institute. He is also an active senior member of the Institute for Operations Research and Management Sciences.