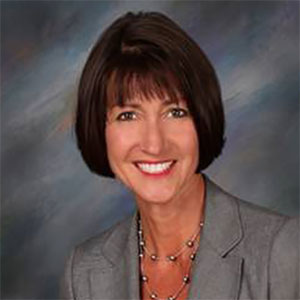 Linda O’Brien is currently serving Lockheed Martin as the Vice President and Chief Engineer for LM Aeronautics, leading the team of program chief engineers to provide independent technical integrity and authority to ensure the safety, quality, and adequacy of Lockheed Martin products.  Prior to this role, she served as Director and Deputy of Intelligence, Surveillance, and Reconnaissance and Unmanned Aerial Systems in Advanced Development Programs where she was responsible for operations and management across the ISR portfolio as well as strategic leadership of the multi-mission expendable product line.  Linda previously held the role of Engineering Operations Director and chief of staff to the VP of Engineering and Technology where she was responsible for engineering strategy, infrastructure, and workforce management.  Prior to that she was Chief Engineer for the Advanced Pilot Training Program, leading technical efforts associated with proposal development and technical execution planning.

Linda transferred from Sikorsky where she worked various engineering roles including Program Manager for the DARPA-sponsored VTOL X-Plane, pursuing the design, development and flight testing of an autonomous, high speed, vertical take-off and landing aircraft.

Before joining Sikorsky Research and Engineering in 2012, Linda was employed by Bell Helicopter for six years where her roles included Director of Commercial Programs, Director of Air Vehicle Integration and Systems Engineering, and Deputy Chief Engineer of the Army’s Armed Reconnaissance Helicopter.

Prior to joining Bell, Linda had a 20-year career with Lockheed Martin Aeronautics, where her technical focus was advanced design and subsystems integration.  Linda’s role in technical integration was a natural entry point to project management and technical leadership.  Her roles included an ex-patriot assignment in South Korea working with Korean industry on the preliminary design of the T-50, leading a diverse international team on the Joint Strike Fighter (F-35) program as a Senior Manager in Vehicle Systems, and serving as the Director of Vehicle Sciences and Systems in Lockheed’s functional engineering organization.

Linda and her husband Tom O’Brien have a blended family of four grown children and five grandchildren.  Linda’s daughter is a Bio-Medical Engineer and in medical school at UT Southwestern.