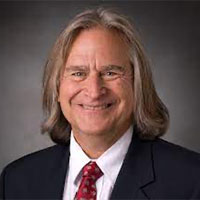 The results of Mark Maughmer’s high school aptitude test dictated he should be an artist, but his aspiration was to be a pilot like his Uncle Royal, who flew a Lockheed P-38 Lightning named “Stardust” in World War II and survived being shot down over Germany. You could argue that what Maughmer became is a cross between the two, a professor of aerospace engineering at Penn State and a member of the tiny international pantheon of glider designers. For Maughmer, the appeal of gliders is partly their elegance – which he contrasts with the indisputably useful but inelegant helicopter.

“If I design something, it has to be pretty,” Maughmer says. “I think I bring an artist’s perspective to engineering.”

Maughmer’s life history can be traced in terms of aeronautics generally and gliders specifically. When he was four years old, his father hoisted him into the pilot seat of a glider at a local airshow. The incident made such an impression that years later, when Maughmer had learned a thing or two about gliders, he remembered enough details to identify the aircraft as a Schweitzer 1-19. Later, his Uncle Royal, by then the curator of the U.S. Air Force Museum, introduced the grade-school-aged Maughmer to such aviation luminaries as World War I flying ace Eddie Rickenbacker, the famous Jimmy Doolittle, and former Air Force Chief of Staff, Carl “Tooey” Spaatz. From an early age, Maughmer built and flew model airplanes, but his intention to join the military and become a pilot was undone by less than 20-20 vision.

As an undergraduate at the University of Illinois, Maughmer arranged his schedule so that he could earn his final credits with a summer course on soaring after his senior year. The identification number of the glider in which he soloed for the first time that August hangs in his office in the Hammond Building on Penn State’s University Park campus, still attached to a piece of fuselage. The relic became available years later when the glider, in the hangar at the time, had what Maughmer calls an “unfortunate encounter with a tornado.”

After earning his bachelor’s degree, Maughmer earned a master’s degree at Princeton with a thesis about wind power “before it was fashionable.” From Princeton, he returned to the University of Illinois where he earned his doctorate in aeronautical and astronautical engineering in 1983.

Today Maughmer designs, analyzes and performs wind-tunnel measurements on airfoils with much of his effort directed toward the aerodynamics of helicopters. In addition, he is involved in the development of methods to minimize the drag of planar and nonplanar wing geometries, has researched natural laminar flow aerodynamics, the use of boundary-layer suction for extending laminar flow, low-Reynolds number aerodynamics, and the aerodynamics of flight controls for hypersonic vehicles.

A winglet is a canted extension to the wingtip that diffuses the swirl of air around it with the goal of reducing overall drag. Winglets had been tried before on gliders but without success, and the common wisdom was that they helped the climb but hurt the cruise. In other words, they reduced drag induced as a consequence of producing lift, but increased profile drag, the inevitable result of adding surface area to the wing. Maughmer was skeptical that a sweet spot – more helpful to climb than hurtful to cruise – could be found, but Masak was insistent, and eventually Maughmer agreed to research winglets’ potential to improve the performance of 15-meter racing sailplanes.

At first, Maughmer and his graduate students tried to use computational tools to predict what the winglets would do, but they found the tools inadequate to the task. “This was frustrating,” he recalls. “It didn’t seem like the problems associated with a low-speed glider should be that hard.” In the end, it was several years of flight testing in collaboration with M&H Soaring in Elmira, N.Y., that enabled the design of winglets whose behavior was predictable enough and helpful enough that they could be incorporated into production-model gliders. Data collected in all that testing also enabled development of more accurate computational models.

Meanwhile, a winglet-equipped glider flown by Masak earned the trophy for highest speed at the 1991 World Gliding Championships in Texas – a speed actually faster than the top speed in the unlimited-span Open Class. That got winglets some respect, and they earned still more two years later when Masak won the U.S. 15-Meter Nationals in a prototype Scimitar sailplane also equipped with winglets.

Maughmer’s most recent glider design contributions were directed toward a flapped, 20-meter span two-seater that is currently in development by the German manufacturer, Schempp-Hirth Flugzeugbau. Plans are for the first ones to leave the factory in the fall of 2009. While some academics prefer pure research, Maughmer says he feels an imperative to “produce more than a ream of computer printouts,” and he believes his students benefit from seeing a tangible result to his research as well.

Maughmer joined the Penn State aerospace faculty in 1984, lured to State College not only by the job but by the proximity of the Allegheny Bald Eagle Ridge, one of the world’s premiere places for soaring. He owns a winglet-equipped glider himself and goes soaring a dozen or more times a year. In Maughmer’s years at Penn State he has earned multiple awards for teaching, which he loves. He is also the co-founder and “sheep herder”of Penn State’s four-year, hands-on Aircraft Design and Fabrication course, which includes the AIAA Design-Build-Fly team.

According to Peter Selinger’s 2002 history of the sailplane manufacturer, Schleicher, Rhön-Alder, 75 Jahre Alexander Schleicher Segelflugzeugbau, all the significant figures in the history of glider design for that company have been German except for two – one of them Dutch and the other an American, Mark Maughmer. The Penn State professor is only half kidding when he pulls the book from a pile on his desk, displays his photograph in its pages, and declares his inclusion as the lone American among all those Germans to be “the crowning career achievement of my life.”