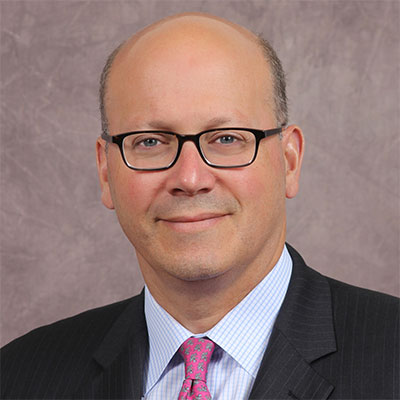 Ronald J. Epstein is a managing director in Americas Equity Research covering Aerospace/Defense and Multi-Industrials with large aerospace components. He is based in New York and covers companies listed in the United States, Canada and Brazil. He joined Merrill Lynch in 2001.

In the Institutional Investor All-America Research poll, he was ranked as a top-three analyst in Aerospace & Defense Electronics for the last 13 years and #1 for the last seven years. He is a Fellow of the Royal Aeronautical Society and is also a mentor for the Techstars Space Accelerator.  He is frequently cited as an industry authority by trade and news publications and has appeared on numerous television programs.  Previously, he worked as a research scientist in applied aerodynamics technology at Boeing Phantom Works.  He was also an adjunct faculty member in the Department of Mechanical Engineering at Washington University in St. Louis, teaching fluid dynamics and control systems.

Dr. Epstein has a BA with highest honors from Skidmore College, an MBA with honors from the Wharton School at the University of Pennsylvania, and a PhD in mechanical engineering from Duke University.

For more information about any awards cited, visit https://go.bofa.com/awards