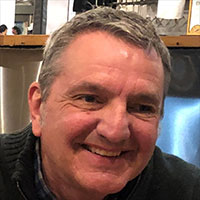 Proud Welshman of Italian decent, Tino Belli has been the Director of Aerodynamic Development at INDYCAR for the last 7 years, where he works very closely with Italian race car manufacturer Dallara, to design effective, attractive race cars that produce entertaining races.

Previously, Tino was the Technical Director at Andretti Autosport (14 years), was the Chief Designer at Larousse Formula 1 (5 years) and the Chief Aerodynamicist at March Engineering (7 years).

During his racing career Tino has 6 Indianapolis 500 victories, 6 IndyCar Championships and 105 IndyCar victories to his credit, as well as a Sebring 12 Hour victory.

Belli earned his 1 st Class (Hons) B.Sc. (Eng.) in Aeronautical Engineering from Imperial College of Science and Technology, London. After graduating and prior to entering racing professionally, Tino was a finite element stress analysis engineer
in the nuclear industry, and in his spare time competed in the British Road Rallying championship. As well as driving and co driving, Tino personally built and prepared his own race cars.

Honors include being the only four-time recipient of the Louis Schwitzer Award for Engineering Excellence in the Field of Race Car Design (2010, 2016, 2018 and 2020).

He is privileged to be the husband of Marina, who is the stylist of his designs, has 2 grown sons, Thomas and Teo and a rescue dog called Hamlet.