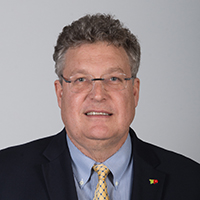 Trey Urbahn is Chief Commercial Officer for TAP Air Portugal and a member of its executive board. He is the chief architect of TAP’s turnaround strategy as a privatized company. Prior to TAP, Trey was Chief Revenue Officer for Azul, a Brazilian airline he helped found with David Neeleman. Azul serves over 100 cities within Brazil with 136 Embraer E Jet and ATR aircraft.

Azul was recently named one of the world’s 100 hottest brands by Advertising Age as well as best Latin American low cost carrier by Skytrax. Prior to Azul, Trey also worked with Neeleman at JetBlue Airways, where he served as Chief Revenue Officer.

Prior to joining JetBlue, Trey was CEO of FareChase, Inc., a travel industry e-commerce company, and was a founding officer of priceline.com, serving ultimately as Chairman, Travel Services. Mr. Urbahn was a Senior Partner at the Airline Planning Group, a strategy consulting practice focused in the airline and travel sector.

Trey’s earlier career was focused in the field of revenue management both in and outside of the airline industry. In addition to serving as Executive Director of Marketing Planning at Alamo Rent a Car, he was Director of Revenue Development at US Airways Group. Prior to this, Trey served in various revenue management and finance-focused positions at Northwest Airlines and United Airlines.

Trey Urbahn graduated from Yale College and earned his MBA from Harvard Business School. He and his wife Jennifer live in New Canaan, CT and have four children.