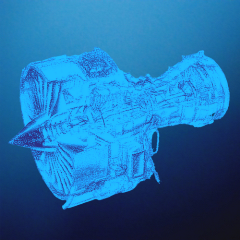 “Design of Gas Turbine Engines” is a new 32-hour course, delivered in sixteen 2-hour sessions, two per week, that presents an overview of the complete spectrum of the design of aero-propulsion systems and puts each major segment in perspective. It demonstrates how thermodynamic, aerodynamic and structural concepts are turned into hardware and illustrates the extent of current practical design techniques. Initially, gas turbine engines are modeled simply but with sufficient accuracy to enable their geometry and weight to be defined and performance to be estimated not only at a selected design point but also over a broad range of off-design operations. While the general approach has not changed for many years, it is no surprise that our capabilities have improved significantly. With practice, what were once considered to be “preliminary design” activities may now be extended considerably, enabling project schedules to be significantly accelerated with increased confidence.

An introduction to leading turbomachinery component and system modelling software will be provided to the participants to illustrate the theoretical aspects presented through practical examples. Participants will have access to this comprehensive digital engineering software to remain engaged between sessions by working through examples provided, based on the design demonstrations presented.

WHO SHOULD ATTEND
This course is aimed at:

Dr. Ian Halliwell obtained his B.Sc. in Aeronautical Engineering and M.Sc. in Aerodynamics from Imperial College, London, followed by a Ph.D. in Experimental Gas Dynamics from the University of Southampton. His professional career began in 1975 at Rolls-Royce, Derby in Turbine Aerodynamics Research. He then crossed the Atlantic to work for Pratt and Whitney Canada in Mississauga and subsequently GE in Cincinnati, where he moved into the preliminary design of complete engine systems and spent a few years on the High Speed Civil Transport program. During that period, he also began teaching in GE after-hours education.

While continuing to model complete engine systems, his teaching activities continued after moving to the small business world, as a contractor at the NASA Glenn Research Center and expanded through involvement with AIAA and ASME/IGTI. He chaired the AIAA Air Breathing Propulsion and Gas Turbine Engine Technical Committees and is still an active member of AIAA. He is also a member of the ASME/IGTI Aircraft Engine and Education Committees. His connection to students and university faculty was enhanced during the 14 years he organized the AIAA International Engine Design Competition for undergraduate teams.

Mr. Clement Joly is a Senior Manager at SoftInWay and has been with the company since January 2013. He received his Master’s Degree in Mechanical & Aerospace Engineering from Polytech ’Orleans in France and attended engineering classes at Wichita State University in Kansas (USA). Mr. Joly specializes in traditional and emerging technologies linked to turbomachinery components and systems.