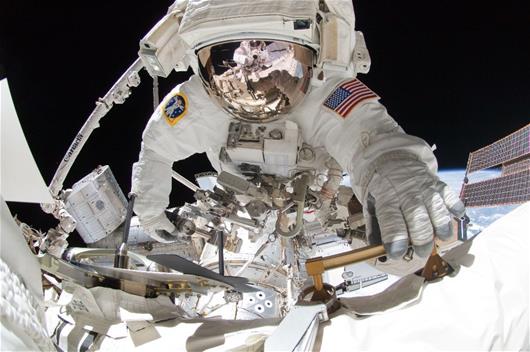 Overview
This course aims to share the collective experience from over 60 years of human spaceflight operations. The experience and expertise of the many instructors is unmatched in this field. Their goal is to pass on their insight to the next generation of space engineers, designers, operators, and crew. The lessons learned are applicable to anyone working in the space industry. The course topics span the full range of operational disciplines involved in the planning and execution of human spaceflight. This includes all the typical mission control center specialties as well as others such as training, ground operations, safety, and onboard crew operations. For each topic, the fundamentals and the evolution of the systems and operational methods are explained. Case studies from spaceflight missions provide the basis for lessons learned that are integrated into operational practice. This is not a course on space system design, of which there are many. The aim is to shine light on the subject of space operations, as distinct from engineering design. However, the most important lesson is perhaps that operational requirements must be considered very carefully in the design process. It is the hope of the instructors that through the process of explaining how things really work in Space and Mission Control, future missions can benefit from the experience (and mistakes) of so many pioneers that have come before.

What You Will Learn: Key Course Topics

Who Should Attend
This course provides a comprehensive multi-disciplinary background for junior or senior space professionals in all aspects of spaceflight operations. In particular, it can give subsystem specialists a solid understanding and awareness of other interconnected disciplines. It is ideal for new employees trying to get up to speed with the concepts, terminology, structure and methods employed to conduct safe and successful human spaceflight missions. The advanced engineer, operator or manager will gain valuable insights from the many lessons learned.

Materials
Course Delivery and Materials
Instructors
Lead Instructor: Dr. Gregory E. Chamitoff is the William Keeler '49 Professor of Practice in Aerospace Engineering, and Director of the AeroSpace Technology Research & Operations (ASTRO) Laboratory at Texas A&M University. His research includes space robotics, autonomous systems, and the development of collaborative VR simulation environments for space system engineering and mission design. Originally from Montreal, Canada, he served as a NASA Astronaut for 15 years, including Shuttle Missions STS-124, 126, 134 and Space Station long duration missions Expedition 17 and 18. He lived and worked in Space for almost 200 days as a Flight Engineer, Science Officer, and Mission Specialist. His last mission was on the final flight of Space Shuttle Endeavour, during which he performed two spacewalks, including the last of the Shuttle era, which also completed the assembly of the International Space Station. In Mission Control, Chamitoff served as a flight controller and later as Lead CAPCOM in support of ongoing missions. Chamitoff earned his B.S. in Electrical Engineering from Cal Poly, M.S. in Aeronautics from Caltech, and Ph.D. in Aeronautics and Astronautics from MIT. He also holds a minor and a Master’s in Planetary (Space) Science. A recipient of two NASA Spaceflight Medals and the NASA Exceptional and Distinguished Service Medals, he was inducted into the California Space Authority Astronaut Hall of Fame. Dr. Chamitoff serves as the Board Chair for the Texas Space Grant Consortium and is an AIAA Associate Fellow. (Human Spaceflight Operations, Astronaut Operations)