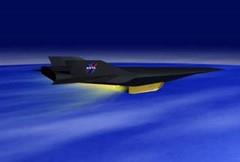 Overview
Hypersonic flight has once again risen to prominence as a topic of high national interest. Current US and international programs range from hypersonic cruise vehicles (HCV) and transatmospheric vehicles (TAV), to maneuverable hypersonic glide vehicles (HGV) and hypersonic interceptors. The design and performance analysis of these vehicles is challenging because of the wide range of flight conditions encountered, and the critical importance of maintaining acceptable fuel mass fractions. These constraints impose severe challenges to designers, requiring innovative component designs and careful integration of the various components to achieve an efficient flight vehicle. This course will educate the attendee on principles and methods to better address these challenges.

Who Should Attend
The course is designed for project engineers, researchers, students, scientists and managers engaged in research, design, development, and testing of hypersonic vehicles.

Contact:  Please contact Lisa Le or Customer Service if you have questions about the course or group discounts (for 5+ participants).

Dr. Donald Wilson, University of Texas at Arlington. Dr. Wilson has over 50 years of experience in the fields of gas dynamics, high-speed aerodynamics and propulsion. He was involved in the development of electric arc heaters and MHD accelerators for hypersonic wind tunnel applications as part of the LORHO program at the Air Force Arnold Engineering Development Center (AEDC).  He also worked on the development of three-dimensional supersonic inlets at LTV Aerospace and Defense Company prior to joining UTA in 1968. Dr. Wilson spent two summers at NASA Lewis (now Glenn) Research Center as a NASA/ASEE Faculty Fellow. He was actively involved in the NASA/DOE National MHD Power Generation Program. He was responsible for the establishment of the UTA Aerodynamics Research Center and was involved in the development of its transonic, supersonic, and hypersonic test facilities. He was awarded the AIAA Ground Testing Award in 2001. Dr. Wilson directed the NASA/UTA Center for Hypersonic Research from 1993 until 1997, and also initiated the UTA detonation wave engine research programs in 1994. He is the former Chair of the Mechanical and Aerospace Engineering Department and is currently serving as Associate Chair responsible for academic programs. Dr. Wilson is a member of the AIAA Hypersonic Technologies and Aerospace Planes Technical Committee and serves as Chair of its Education and Outreach Sub-Committee. He is an AIAA Associate Fellow.

Dr. Luca Maddalena, University of Texas at Arlington. Dr. Maddalena is a Professor of Aerospace Engineering and the Director of the Aerodynamics Research Center, ARC. He is responsible for research operations in its low-speed wind tunnel, transonic Ludwieg tube tunnel (0.4< M <1.25), supersonic blow-down tunnel (1.5< M <4), detonation-driven shock tunnel (6< M <16), and the 1.6 MW arc jet facility, as well as pulsed and continuous detonation wave engine test cells. His research, primarily experimental, focuses on fundamental investigations of mixing and combustion in turbulent supersonic flows, and their application to hypersonic airbreathing propulsion, and on reusable thermal protection systems and thermal management for sustained hypersonic flight. His work has been funded by NASA LaRC (Hypervelocity Propulsion, Mach 8+), the Office of Naval Research for his contribution to the Strike WEApon Program (SWEAP) and Arc-Jet Flow Characterization, the Joint Hypersonics Transition Office (JHTO) on directed energy radiation for hypersonic applications, the Department of Energy on cold plasma, the Air Force Research Laboratory on the Next Generation Thermal Protection Systems Program, and the Defense Advanced Research Projects Agency. Prof. Maddalena is a Fellow of the Royal Aeronautical Society and an Associate Fellow of the American Institute of Aeronautics and Astronautics, He served as Chair of the AIAA's Hypersonic Technologies and Aerospace Planes (HyTASP) Technical Committee from 2017 to 2019.

Dr. Frank Lu, University of Texas at Arlington. Dr. Lu is a Professor of Mechanical and Aerospace Engineering at the UT Arlington. He has worked in an academic setting in experimental aerodynamics and aerospace propulsion for over 35 years, as well as consulted in these areas.  His primary expertise is in shock/boundary-layer interactions and in applications of detonations for aerospace propulsion and in aerodynamics test facilities. He co-edited an AIAA Progress Series volume entitled Advanced Hypersonic Test Facilities, which was well received by the aero-test community.  He is lead author in an upcoming book on Hypersonic Vehicle Design, to be published by AIAA.  Dr. Lu earned his degrees from Cambridge, Princeton and Penn State.  He is a Distinguished Life Fellow of the International Shock Wave Institute, Life Fellow of AIAA, and a Fellow of ASME and RAeS.  He was a Princeton Guggenheim Fellow (1979), and NSF ICORP Fellow (2016).  He was Visiting Professor/Scholar at the National University ofChina), and Universiti Teknologi Malaysia.  He has delivered numerous keynote and p Singapore, University of Manchester, State Key Laboratory for Aerodynamics (lenary lectures, as well as short courses in experimental methods and propulsion.   He is active in AIAA activities, having served as Editor-in-Chief of the Progress Series and as Vice President of Publications amongst various roles.  Presently, he is a member of the AIAA Hypersonic Technologies and Aerospace Planes Technical Committee and the AIAA Pressure Gain Combustion Technical Committee.

Mr. Paul Hagseth, Lockheed Martin (retired). Mr. Hagseth is recently retired from Lockheed Martin's Skunkworks and currently consults and is an Adjunct Professor at UTA. He has worked on a number of fighter and hypersonic research and aircraft programs. In the area of hypersonics, he has managed vehicle design and integration studies including aerodynamic, propulsion integration and thermal/structural design for Mach 4 to 10 vehicles and the National Aerospace Plane Program (NASP). He has also worked on a number of propulsion programs including high Mach gas turbine engines (GTEs), GTE/ramjet, GTE/dual-mode ramjet, ejector and pressure gain combustion cycles as well as air induction and exhaust systems.

Dr. Dennis Finley, Lockheed Martin Aeronautics.  Dr. Finley is a Lockheed Martin Fellow.  He provides technical leadership and oversight of aerodynamic and stability/control prediction for a variety of flight vehicle development efforts. Over the course of his 40+ year career Dr. Finley has developed and applied conceptual methods, linear-theory and impact-theory codes, and CFD methods.  He has worked on conceptual, preliminary and flight vehicle projects that encompass VSTOL, transonic, and hypersonic flows.  He has conducted wind tunnel testing in a variety of facilities to support the development of aerodynamic databases for these vehicles. Besides his work responsibilities Dr. Finley is also serving as an adjunct professor at the University of Texas at Arlington. Dr. Finley is an Associate Fellow of AIAA.

Dr. Kevin Bowcutt, Boeing Research & Technology. Dr. Kevin G. Bowcutt is a Principal Senior Technical Fellow & Chief Scientist of Hypersonics for Boeing with 38 years of experience. He is an AIAA Fellow, a Fellow of the Royal Aeronautical Society, and a member of the National Academy of Engineering. He holds BS, MS and PhD degrees in aerospace engineering from the University of Maryland. Dr. Bowcutt is an internationally recognized expert in hypersonic aerodynamics, propulsion integration, and vehicle design and optimization. Notable accomplishments include developing the viscous-optimized hypersonic waverider; flight testing scramjets by shooting them from a light gas gun; originating and optimizing the design of the X-51A scramjet-powered demo vehicle; helping the Space Shuttle Columbia accident investigation by simulating wing aero-thermal-structural failure; and leading Boeing’s contributions to the HIFiRE international hypersonic flight experiment program. In the spring semester of 2007 Dr. Bowcutt was a visiting professor at Princeton University’s Mechanical and Aerospace Engineering Department where he taught a course in hypersonic airplane design. Dr. Bowcutt leads Boeing’s advanced design efforts for hypersonic missiles, airplanes and space-planes, and is the technical lead for Boeing’s hypersonic passenger airplane program.