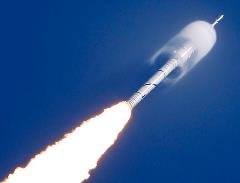 
Overview
Coupled Loads Analysis (CLA) is a complex analysis to compute design loads on launch vehicles and spacecraft. The results of CLA are often in the critical path to closing design margins. Therefore, appropriate and accurate CLA results are the basis of successful launch vehicle and spacecraft missions.


The details of any CLA are specific to the launch vehicle and how it flies. However, the building blocks and fundamentals are consistent across all vehicle analyses. This course reviews the key basics of structural dynamics, then uses those fundamentals to create the building blocks of CLA, and finally uses those building blocks in CLA. At the conclusion of the course, the student will have a foundation to understand and develop new CLA capabilities.
In addition to classic CLA material, much of the course is spent on model development and reduction. Good model reduction is as critical to accurate loads as understanding the theory of numerical integration. CLA flight events covered are ground loads, liftoff, aerodynamic flight, maneuvering, engine ignitions and shutdowns, staging, and engine oscillations. These are also discussed from the perspective of day-of-launch assessments, preliminary loads, and interface environments.

Who Should Attend: This course is essential for all early to mid-career engineers and graduate students seeking a deeper understanding of CLA. The course will be useful for all senior CLA analysts who want awareness of some different techniques or a refresher on existing ones. The course may also be useful for those groups providing models for CLA, to create better models by understanding how the models are used.

Cancellation Policy: A refund less a $50.00 cancellation fee will be assessed for all cancellations made in writing prior to 7 days before the start of the event. After that time, no refunds will be provided. 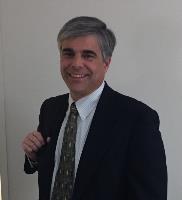 Dr. Isam (Sam) Yunis has more than 30 years of experience in aerospace engineering, predominately related to NASA programs/projects. His primary expertise is in dynamic loads for launch vehicles and spacecraft. This expertise includes analysis and testing specifically related to coupled loads analysis (CLA), vibration, vibroacoustics, shock, and crew loads. He has led the loads and dynamics analysis and testing for two major NASA Programs from inception to steady state, the Launch Services Program (LSP) and the Commercial Crew Program (CCP).

Through many technical and leadership roles, Sam has reviewed and performed analysis on over 50 flown spacecraft including Cassini, Mars Missions, Pluto New Horizons, ISS, Orion MPCV, Crew Dragon, and Starliner. Over the past 30 years, he has provided expertise to support almost every U.S. launch vehicle including Titan, Atlas, Delta, Falcon, Taurus, Pegasus, Ares, SLS, Launcher-1, Terran, and Stratolaunch.