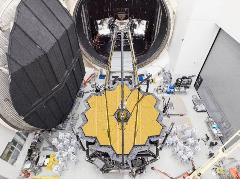 This 2-day course presents an extensive and coherent treatment of the fundamental principles involved with the interdisciplinary design of spacecraft.  It is a version of arguably THE most comprehensive short course on spacecraft design available.

After an introduction, you will be introduced to the process involved with the ascent of a spacecraft into orbit. We provide a listing of worldwide launch sites and a discussion of the space industry.

Next, we provide a detailed introduction to spacecraft orbits and trajectories, including Kepler’s laws, conservation of energy and angular momentum, and classical orbital elements, and discuss “special” orbits such as Hohmann transfer orbits, geostationary, Molniya, and sun-synchronous. Orbit details such as plane changes and the method of patched conics for interplanetary missions are provided.

Next, it’s time to talk about the design cycle. We discuss mission design and payload development, including the design-development-flight operations cycle. Payload types, including direct- and remote-sensing, are introduced, followed by selection of payloads and some practical considerations. The elements of the spacecraft bus are listed along with major spacecraft design drivers: mass, power, and volume. We discuss initial mass & power estimation and allocation to subsystems with recommended margins, and the launch vehicle interface.

The next lectures delve into the details of the bus subsystems including structures and mechanisms, propulsion, attitude sensing and control, navigation, and thermal control. We discuss power generation, distribution, and storage with solar arrays, batteries, radioisotope thermal generators (RTGs), and system sizing procedures. Two sections on long-distance tele-communications and command and data handling round out the bus subsystem exposé. These include the link equation and link budget calculation, frequencies used, antennas and ranging, the Deep Space Network (DSN), types of spacecraft data, encoding, telemetry, computers & data storage, and software development.

The course then discusses testing procedures (mechanical/mechanisms, VS&A = vibration, shock, & acoustic, thermal, vacuum, radio frequency (RF), software, and integration with the launch vehicle. Next, a number of spacecraft failures are presented along with the “Five Mistakes to Look For” and a discussion of redundancy.

This course is intended for engineers of all types – systems, controls, structures, propulsion, reliability, manufacturing, as well as researchers, mission designers, technical managers, and both undergraduate and graduate students, who want to enhance their understanding of the fundamental principles of the design and operation of spacecraft. This introductory course focuses on the basic physical concepts and mathematics utilized in the preliminary design and analysis of space vehicles including many practical aspects.


Safety Protocols:
In-person Course and Workshop attendees will be required to present proof of full vaccination or a negative COVID-19 test. A third-party vendor will be used to collect all vaccination and testing information. Booster shots will not be necessary. Information will follow your registration with instructions on how to submit these documents closer to the event.

AIAA Associate Fellow and former Boeing Technical Fellow Don Edberg has been teaching aerospace vehicle design since 2001 at California State Polytechnic University, Pomona (CPP); he also holds part-time positions at USC and UCLA. He is co-author of the textbook Design of Rockets and Space Launch Vehicles, published in 2020. CPP student design teams he has advised have placed 1st, 2nd, or 3rd over 20 times in AIAA student design competitions in Missile Systems, Space Transportation Systems, Spacecraft Design, and Aircraft Design. At CPP, he has received the Provost’s Excellence in Teaching award, College of Engineering’s Outstanding Teaching and Outstanding Advisor awards, and the Northrop Grumman Faculty Teaching award. He has presented short courses in launch vehicle and spacecraft design to several NASA centers, National Transportation Safety Board, Northrop Grumman, Boeing Satellite Systems, and several smaller aerospace businesses. He was a Technical Fellow at Boeing and McDonnell Douglas, where he authored or co-authored ten US patents, and received the Silver Eagle award from McDonnell Douglas as Chief Engineer on the STABLE active microgravity vibration isolation system that successfully flew on STS-73 shuttle mission. He has also worked at Convair, AeroVironment (where he was the chief engineer on the electric-powered, back-packable FQM-151 Pointer UAV), JPL, NASA Ames, NASA MSFC, and US Air Force Research Lab. He received a B.A. in Applied Mechanics from University of California, San Diego, and M.S. and Ph.D. degrees in Aeronautical and Astronautical Sciences from Stanford. He is an Eminent Engineer in Tau Beta Pi and was Engineer of the Year of the AIAA Orange County, CA section.