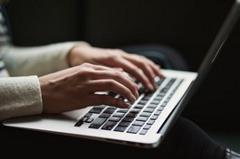 Overview
This course is designed for engineers tasked to write technical reports, proposal technical volumes, and engineering process documents.  The course techniques and guidelines were assembled by the instructor through his experience working on these types of documents during his career, and through the tutelage of technical document editors and proposal development consultants involved with these documents.  The material is specific to writing needs of professional engineers.  Almost half of the course is dedicated to learning a disciplined process for organizing and drafting documents and figures.  The remaining portion consists learning essential writing guidelines for efficient communication with a reader.  Students spend course time practicing the techniques introduced in the lectures.  Students must bring a laptop computer and be able to use Microsoft Word.

Outline
Who Should Attend
This course is intended for any engineer tasked with creating a formal technical document, e.g. research paper, research report, proposal document, process description, guideline, or RFP

Safety Protocols:
In-person Course and Workshop attendees will be required to present proof of full vaccination or a negative COVID-19 test. A third-party vendor will be used to collect all vaccination and testing information. Booster shots will not be necessary. Information will follow your registration with instructions on how to submit these documents closer to the event.

Outline
Materials
Course notes will be made available a few days prior to the course event. You will receive an email with detailed instructions on how to access your course notes. Since course notes will not be distributed on site, AIAA and your course instructor highly recommend that you bring your computer with the course notes already downloaded to the course.
Instructors
Mr. Paul Park is a retired Lockheed Martin engineer with over 40 years’ experience in advanced aircraft design.  During his career he led preliminary design teams developing advanced fighters, bombers, rotorcraft, and hypersonic vehicles.  He led the configuration design effort for the F-35 program, serving as Air Vehicle Integration Integrated Product Development Team Lead and subsequently Deputy Chief Engineer.   Paul also led and authored major sections of proposal technical volumes and reports for the F-35, Joint Multirole Rotorcraft, National Aerospace Plane, Next-Generation Long-Range Strike, and Air Force R&D programs.  Paul recently served as a consultant to Northrop Grumman Innovation Systems, and General Electric Global Research, and is currently and Adjunct Instructor at the University of Texas at Arlington.  Paul is an AIAA Associate Fellow and serves as the Editor-in-Chief of the AIAA Library of Flight series. He was a recipient of the 2002 AIAA Aircraft Design Award.