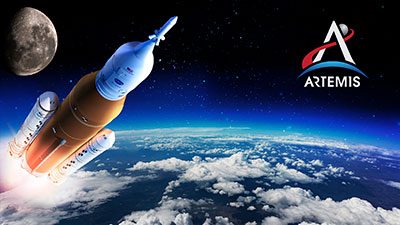 This AIAA Aerospace Perspectives Series webinar is hosted by AIAA and presented by NASA.

Space Launch System (SLS) and Orion for the Artemis I mission to bring humanity back to the moon. Get a behind-the-scenes update on the progress of the Artemis Program and Green Run testing of the world’s most powerful rocket with John Blevins, SLS Chief Engineer, NASA.

The next SLS Artemis milestone will occur when NASA hot fires all four of the SLS stage’s boosters in an 8-minute test called the Green Run Hot Fire. The SLS rocket’s 212-foot-tall core stage will be used for all configurations of the SLS rocket, and the series of eight hot-fire tests will verify that the stage is ready for the first and future Artemis lunar missions.

The presentation will include a brief overview of the Artemis Program, what makes the SLS uniquely suited for these missions, and a status update on Artemis I, II, and III.

This webinar is open to the public and free of charge.