Originally published in the November issue of  RAeS’ AEROSPACE

Machines that can surpass human intelligence? Today’s artificial intelligence (AI) systems promise to outmatch certain aspects of human brainpower by developing thinking skills of their own. From digital twins to digital threads, aerospace systems are increasingly complex and AI-dependent. How do we find systems engineers (SEs) equipped to manage this complexity – while ensuring our growing reliance on AI doesn’t replace us? Tapping into the full potential of the data revolution for aerospace systems requires us to leverage the best of machine learning models and human ingenuity by harnessing the strengths of each to achieve what neither can do alone.

The world has changed dramatically since I began working in AI and human decision support in 1984. The computational horsepower and the world’s access to data have been game changers – and will no doubt lead to revolutionary breakthroughs in the next 5 to 10 years. While some elements of machine perception have exceeded human performance, one area where machines lag is recognizing and managing context – an area in which humans excel.

Great SEs have been exposed to multiple kinds of systems and bring all that experience to bear when tackling a new problem. How do we tap into SEs who have the right blend of experience in today’s fast-evolving AI environment? To achieve this needed expertise in future aerospace systems will require human-machine teaming (HMT). The new AIAA Transformative System Engineering Task Force is looking at how we accelerate the skillsets of this new breed of engineers. This will be the topic of many sessions during the 2023 AIAA SciTech Forum in National Harbor, Maryland, 23-27 January 2023.

Successful collaboration between humans and intelligent machines depends largely on trust. But as you apply human trust to machines, you begin to anthropomorphize them, asserting other human-like capabilities that aren’t there. It’s better to view AI not as a human, but rather as a different kind of contributor with unique characteristics.

Additionally, as the aerospace community embraces AI, we must ensure we don’t lose the art of design. Instead, we must leverage AI to amplify our ability to do design. Back in 1998, I worked with a car manufacturer that had embraced digital design. They had become reliant on their automated design tools after 10 years and they had lost the art of design, meaning they could only produce designs that the tools allowed them to do. This carmaker’s experience serves as a wake-up call for the aerospace community to avoid similar mistakes on its own AI journey.

The future of HMT is both about changing the way we engineer the system, and the way we operate the system. And AI in the cockpit is one of the factors that makes the systems engineering process so complex. Making AI systems more transparent, perhaps through explanation, will allow SEs to train alongside these intelligent systems. In the case of aircraft (or spacecraft) pilots, they’ll develop instincts about how to work more effectively with this kind of intelligent support.

As we get more effective at developing digital system models, we'll become better at modeling and characterizing risk. We already are seeing promising potential with digital twins and digital threads, which allow us to recognize potential design issues earlier in the process.

People are now looking at designing a digital twin of a human-machine team. Instead of only monitoring sensors on an aircraft, for instance, the digital twin also would model a pilot’s workload and performance. If the digital twin sees that the pilot is experiencing overload, some tasks could be taken off the pilot’s plate, with the AI acting as an intelligent co-pilot. 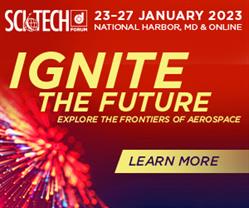 In 20 years, this will be the future of aerospace operations: leveraging human-machine teaming to accelerate design and engineering processes from conception to operational capability, resulting in lower costs for ever-more complex systems.

To learn more, attend the 2023 AIAA SciTech Forum, 23–27 January 2023, in National Harbor, Maryland, and online. Digital Day on 26 January will feature a keynote address from the Acubed team on their work in digital twins and digital engineering followed by multiple panels tackling topics such as complex adaptive systems engineering and human-machine teaming. 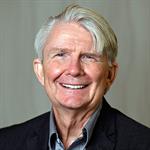