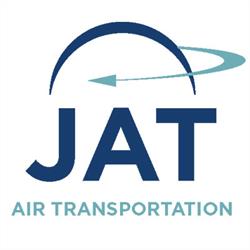 January 20, 2023 – Reston, Va. – The American Institute of Aeronautics and Astronautics (AIAA) has selected Craig R. Wanke, Chief Engineer for MITRE’s Center for Advanced Aviation System Development (CAASD), and an AIAA Associate Fellow, as its new editor-in-chief for the Journal of Air Transportation (JAT). He succeeds Karl Bilimoria, an aerospace engineer at NASA Ames Research Center, who has served as the first editor-in-chief for JAT since 2016. The journal was originally published as the Air Traffic Control Quarterly by the Air Traffic Control Association (ATCA) between January 1993 and December 2015. Wanke will begin this new role as JAT’s second editor-in-chief in January 2023.

“Air Traffic Management (ATM) is in a period of rapid evolution, driven by innovations in new vehicles and new missions, advances in artificial intelligence, and the challenge of sustainability in a changing climate. JAT is a critical source for peer-reviewed, leading-edge ATM innovation, and it is a great honor to have been chosen as the editor in this exciting time,” said Wanke.

Wanke holds a Master of Science and Ph.D. in Aeronautics and Astronautics from the Massachusetts Institute of Technology. Some of his accomplishments include leading the development, field testing, and technology transfer of several capabilities now deployed as part of the FAA’s operational traffic flow management system (TFMS). Wanke has served as Principal Investigator for many years on MITRE IR&D projects, and in addition to serving as the Chief Engineer of CAASD, he also currently leads the MITRE IR&D program in aviation and surface transportation. He was an Associate Editor of JAT from 2016 to 2022, and he also has authored or co-authored more than 100 journal and conference papers on air traffic management and various aeronautical engineering topics.

JAT is devoted to the dissemination of original archival papers describing new developments in air traffic management and aviation operations of all flight vehicles, including unmanned aerial vehicles (UAVs) and space vehicles, operating in the global airspace system.

About AIAA
The American Institute of Aeronautics and Astronautics (AIAA) is the world’s largest aerospace technical society. With nearly 30,000 individual members from 91 countries, and 100 corporate members, AIAA brings together industry, academia, and government to advance engineering and science in aviation, space, and defense. For more information, visit www.aiaa.org, and follow AIAA on Twitter, Facebook, LinkedIn, and Instagram.