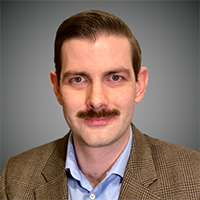 Dr. Hall is a Research Engineer at the MIT Gas Turbine Laboratory, where he conducts research on advanced aircraft propulsion technology, including propulsion-airframe integration and electrification. Prior to his current role at MIT, he was the Propulsion Group Lead at Aurora Flight Sciences, where he led a multi-disciplinary team in advanced propulsion research and rapid development of propulsion systems for experimental prototype aircraft, including leading the Aurora team supporting Boeing’s Electrified Aircraft Propulsion (EAP) Program with NASA. In January 2021, he will be joining the Aerospace Engineering faculty at The Pennsylvania State University as an assistant professor.

As a graduate student at MIT, Hall was a member of the team that developed the D8 aircraft concept during the NASA N+3 Program. After graduating in 2015, he spent two terms teaching at the Singapore University of Technology and Design (SUTD) as a Postdoctoral Fellow before returning to the MIT Gas Turbine Laboratory, where he was the technical lead for the NASA LEARN3 Program investigating the feasibility of electrified propulsion for ultra-efficient commercial aircraft.