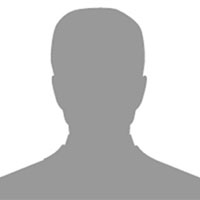 Gary Mills is a Staff Consultant at Ball Aerospace and Technologies Corp., with 35 years of experience in the design, analysis, fabrication, and test of thermal, cryogenic and optical systems. He has authored 25 publications in his field. He has expertise in the engineering of cryogenic fuel tanks, Helium II (Superfluid Helium) cryostats and systems and optical cryocooling. He has managed several successful efforts involving the engineering, fabrication and test of aerospace systems. Mr. Mills holds Bachelor of Science degrees in Mechanical and Aerospace Engineering, and a Masters of Science in Aerospace Engineering from the University of Colorado

Mr. Mills is the inventor of Integrated Multilayer Insulation (IMLI concept) and co-inventor of Load Responsive Multilayer Insulation (LRMLI). He has been a key team member of the IMLI and LRMLI programs. He presented a paper “The Performance of Gas Filled Multilayer Insulation” at the Cryogenic Engineering Conference in July 2007, was a lead author for the Ball MLI IRAD Study presented to NASA in August 2007 as part of a Cryogenic Propulsion System Study for NASA, and is an author onthree papers “Integrated and Load Responsive MLI” at CEC 2009, “Wrapped MLI for Cryogenic Piping” at CEC 2011. He presented a paper “Design, Fabrication and Testing of a Liquid Hydrogen Fuel Tank for a Long Duration Aircraft”, at the Cryogenic Engineering Conference in 2011. He presented the paper, “Cryogenics on the Stratospheric TeraHertz Observatory” at the 2015 CEC. He presented the paper “Self Supporting, Cryogenic Propellant Insulation for Launch Vehicles” at the International Astronautical Congress in October 2019.