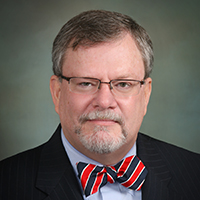 Prior to joining the Orion Program, he served as the Director for Human Space Flight Programs withLockheed Martin’s Washington Operations organization. In this role he was responsible for representing the Human Space Flight/ Space Systems Company organization with the Administration and the congress.

During his 33 year career with NASA, Dr. Hawes served as the Associate Administrator for Independent Program and Cost Evaluation (IPCE) where he was responsible for providing objective studies and analyses in support of policy, program, and budget decisions by the NASA Administrator. He also served as the Deputy Associate Administrator for Program Integration in the Office of Space Operations at NASA Headquarters in Washington, DC, and supported the Space Shuttle Program focusing on Return to Flight actions as well as the transition and disposition of Space Shuttle assets following the program’s conclusion.

In addition, Dr. Hawes served as the Deputy Associate Administrator, International Space Station (ISS) and Program Director for the ISS at NASA Headquarters where he directed the space station budget; established and implemented station policy and coordinated external communications; and liaison activities with the Administration, congress, industry and the station's international partners. During his tenure with the ISS Program, 13 Space Shuttle assembly mission were completed, the critical Russian Service Module launched, the first five Expedition crew launches were accomplished. All assembly missions were completed successfully as major components were integrated in space without ever seeing their counter parts on the ground.