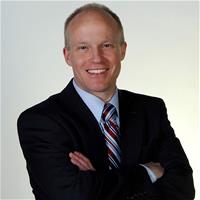 From 2010 to 2015 he was Executive Vice President, Engineering and Technology for the Defense Sector of Rolls-Royce plc. Rolls-Royce is a global provider of defense engine products and services with 18,000 engines in service for 160 customers in over 100 countries. These engines power aircraft in all key market areas: transport, combat, reconnaissance, training, and helicopter.

From 2005 to 2010, Phil was the Chief Operating Officer of Rolls-Royce North American Technologies, Inc., also known as LibertyWorks®, where the focus is advanced and innovative technology enabling solutions for the customer.

He is a chartered engineer and a Royal Aeronautical Society Fellow. He currently serves on the board for the Indiana Innovation Institute, the Central Indiana Corporate Partnership, and the RR-Purdue UTP Executive Governance Board. He served on the Virginia Tech Advisory Board for the College of Engineering 2008-2012. He is active in his community and serves on the board of his local church.