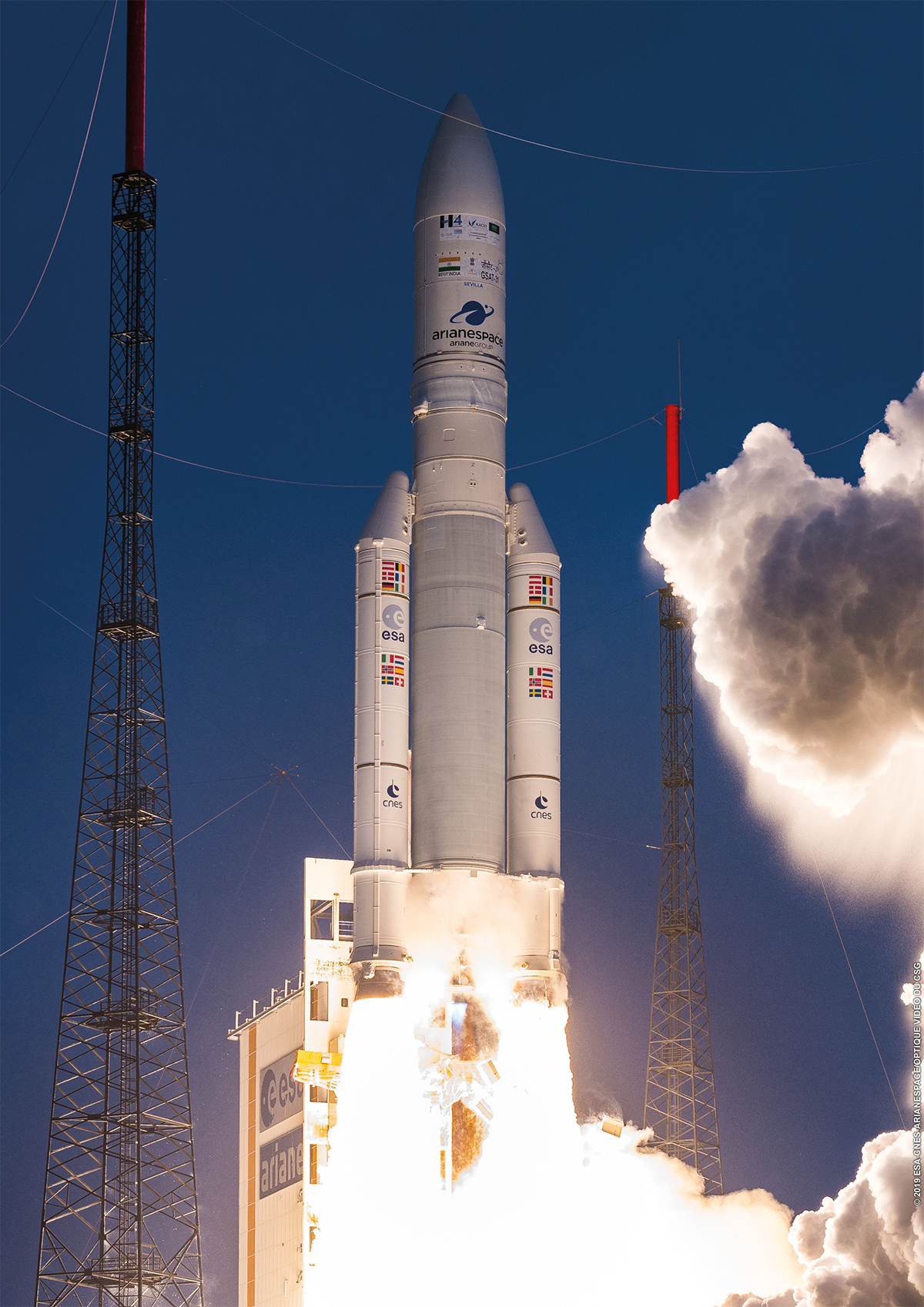 Backed by the European Space Agency (ESA) and the resources of its 16 corporate shareholders and Europe’s major aerospace companies, Arianespace combines the scientific and technical expertise of its European industrial partners to provide world-class launch services. Continued political support for European access to space and international cooperation agreements with Russia at state level ensure the long term stability and reliability of the Arianespace family of launch vehicles.

With its family of launch vehicles, Arianespace is the reference service providing: launches of any mass, to any orbit, at any time. 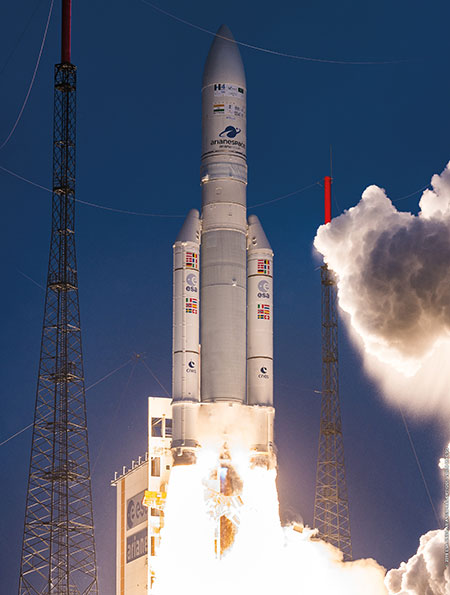 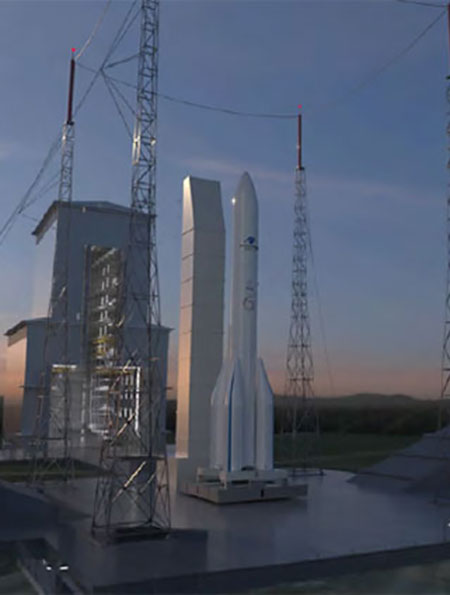 Ariane 6 on launch pad and the mobile gantry | Credit: Arianespace