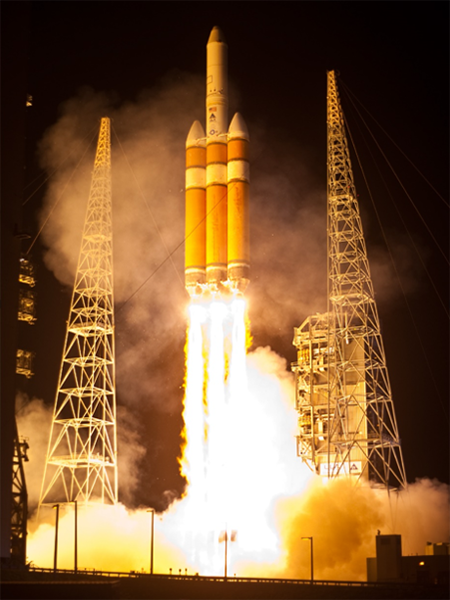 Delta IV launch facilities at CCAFS SLC-37B. To the left is the retracted mobile service tower, to the right the fixed umbilical tower; the two lightning towers are on either side of the rocket.