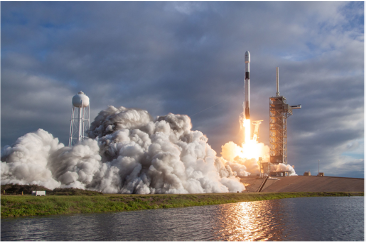 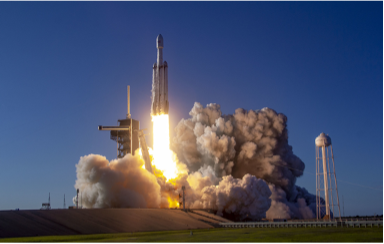 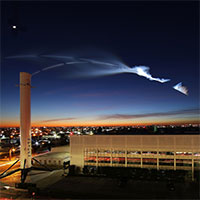 SpaceX was founded by Elon Musk, who became wealthy as an Internet entrepreneur. A native of South Africa, Musk dropped out of Stanford in 1995 to found Zip2, which was sold in 1999 for $300 million. His second company, PayPal, was sold to eBay for $1.5 billion in 2002. Early in 2002, Musk assembled a team of people experienced with the space launch industry to study whether it was possible to build a low-cost launch vehicle in a developed country with high labor costs. The results of the study were positive, and so Musk founded Space Exploration Technologies (SpaceX) in June 2002. He hired a few dozen managers and engineers from established aerospace companies to build the Falcon launch vehicle. Development has progressed rapidly, with first launch planned in 2004.