Falcon 9 generates more than 1.7 million pounds of thrust at sea level, and Falcon Heavy generates over 5.1 million pounds of thrust at sea level. The second stage generates 220,500 pounds of thrust in vacuum. The Falcon 9 and Falcon Heavy launch vehicles accommodate low inclination orbits from their Cape Canaveral AFS launch site and high-inclination orbits from Vandenberg AFB. Falcon launch vehicles can launch any day of the year, at any time of day, subject to environmental limitations and constraints as well as range availability and readiness. Launch window times and durations are developed specifically for each mission. Customers benefit from recycle operations, maximizing launch opportunities within the launch window.

Launch services to a range of low Earth orbits are available, including services to low-inclination orbits through high-inclination and sun-synchronous orbits (SSO). Falcon vehicles can provide either two-burn or direct-inject launch services: two-burn mission profiles optimize vehicle performance, while direct-inject mission profiles offer reduced mission duration and require only a single start of the second-stage engine. LEO missions to a 51.6 deg inclination or lower are flown from the Eastern Range; LEO missions to higher inclinations are flown from Vandenberg Air Force Base. Launch services to inclinations lower than 28.5 deg are available from the Eastern Range, but they incur a performance penalty.

Launch services to a range of geosynchronous transfer orbits and other high-altitude orbits are available, including standard GTO, sub-GTO for heavy payloads, and supersynchronous injection. A perigee altitude of 185 km (100 nmi) is baselined for GTO; higher perigee values may be provided with a performance penalty. Currently, all GTO missions are flown from the Eastern Range.

Launch services directly into geosynchronous orbit (GSO) are available from Kennedy Space Center via Falcon Heavy. The satellite is placed into a circular orbit directly above or below GSO to allow it to phase into its correct orbital position.

Launch services to a range of Earth escape orbits are available. Customers may also utilize a customer-supplied kick-stage to achieve higher escape energy (C3) performance, based on mission requirements. Earth escape missions are typically flown from the Eastern Range. 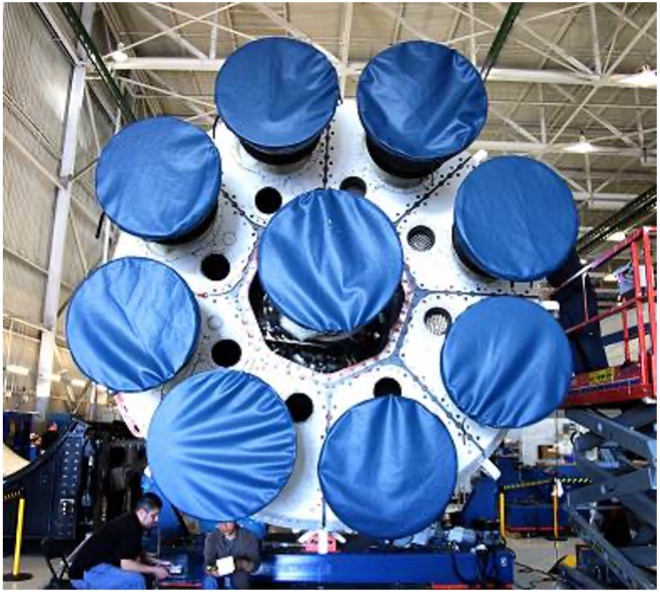 The figure above shows the nomenclature for the center core and side boosters (center, plus y-axis and minus y-axis.) Structurally, the plus y-axis and minus y-axis boosters are identical. The center core consists of thicker tank walls and carries the booster separation system. The z axis points to zenith when the vehicle is horizontal. After engine start, Falcon vehicles are held down until all vehicle systems are verified as functioning normally before release for liftoff. 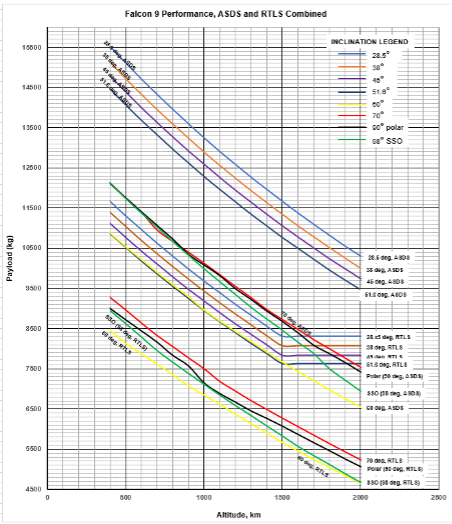 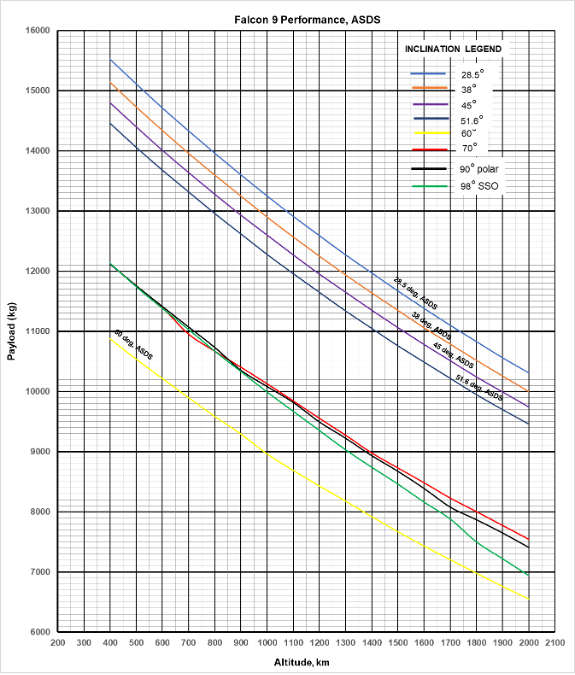 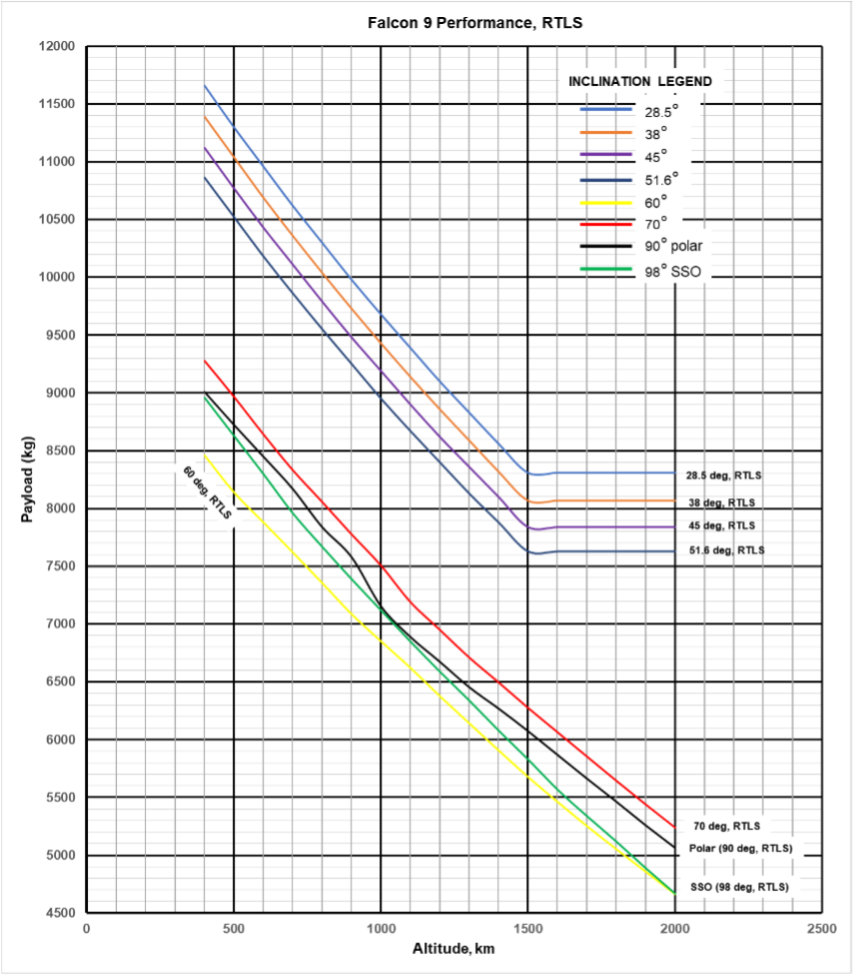 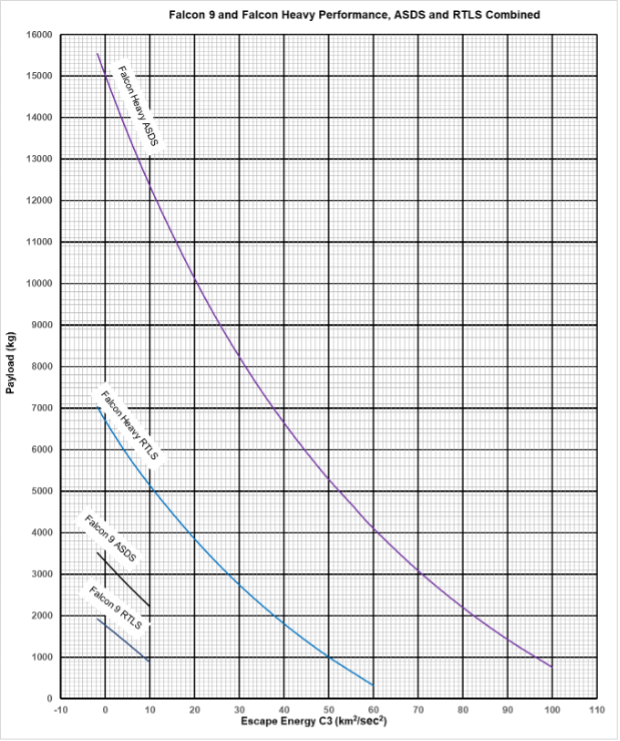 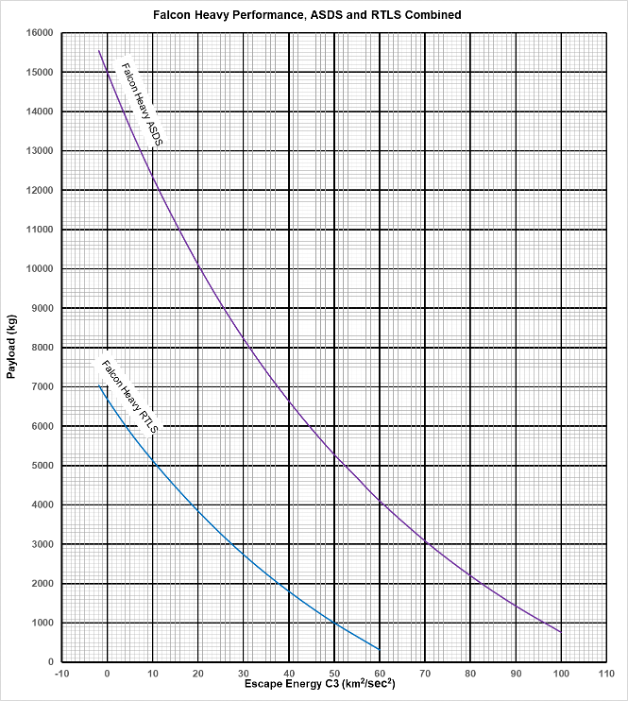 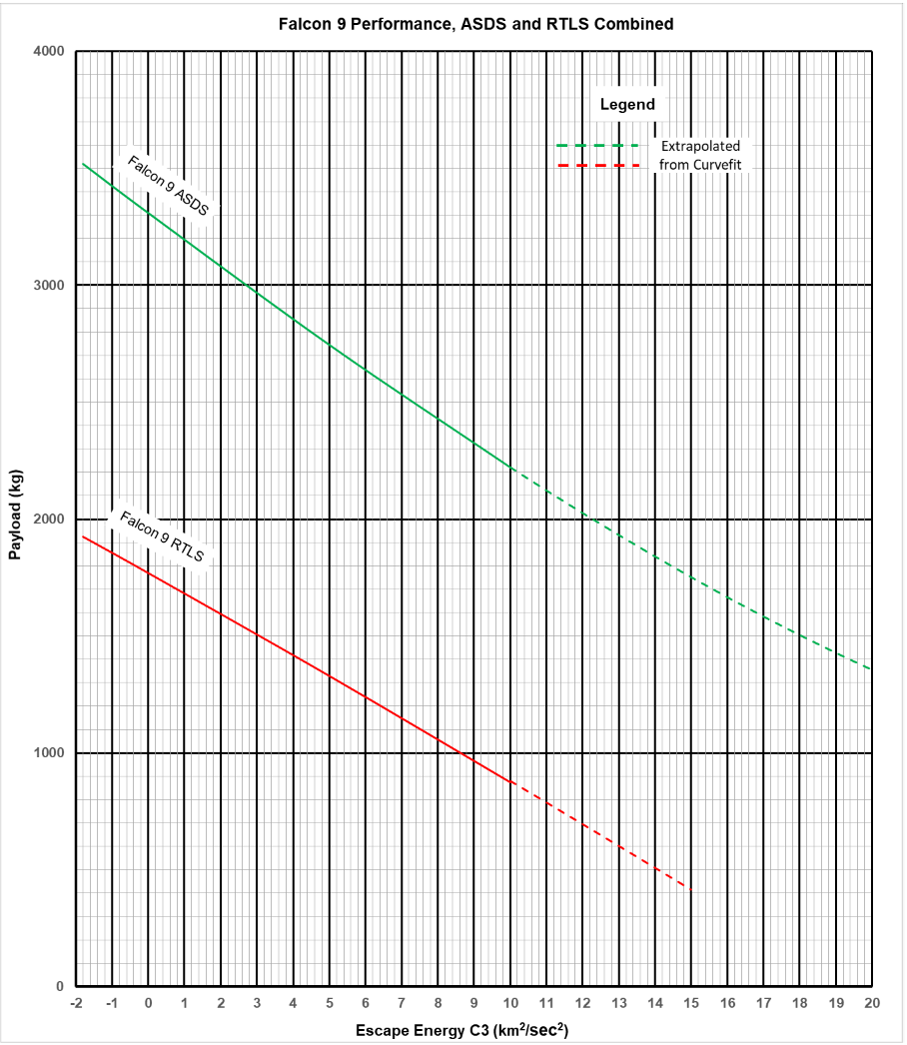