Proton-M rocket preparing to launch the BADR-5 (Arabsat-5B) satellite, May 2010. The Proton is the largest Russian launch vehicle. It is capable of launching heavy space station components to LEO or carrying satellites directly to geostationary orbit. Since the mid 1990s it has been marketed by International Launch Services (ILS), a joint venture between Khrunichev Space Center and RSC Energia of Russia and Lockheed Martin of the United States. 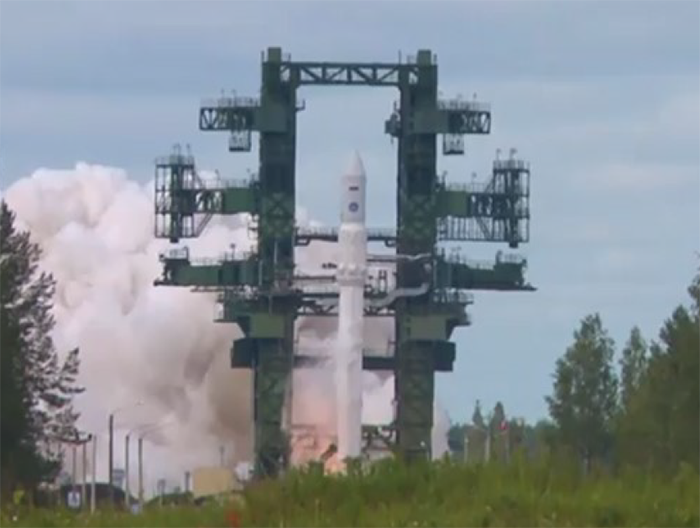