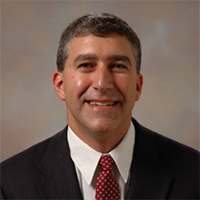 Dr. Hassan is a native of Raleigh, North Carolina. He earned his Bachelor’s degree in 1988, his Master’s degree in 1990, and his Doctorate in Aerospace Engineering from North Carolina State University in 1993. He is currently the Director of the Chief Research Office and serves as Sandia’s Deputy Chief Research Officer. In this role, Dr. Hassan leads Sandia’s research strategy development including the execution of the Laboratory Directed Research and Development program and oversees Sandia’s external partnership and technology transfer programs. Dr.

Hassan has been employed at Sandia since 1993 and has managed all phases of research, development, and applications work. He has focused predominately on the thermal, fluid, and aero science technology areas helping Sandia to accomplish its national security mission.

Dr. Hassan has served in a variety of positions in research and development (R&D) in the areas of aerodynamics and aerothermodynamics of high-speed flight vehicles, drag reduction for low-speed ground transportation vehicles, and high- velocity oxygen fuel thermal sprays. He has overseen all aspects of engineering sciences R&D and applications work at Sandia. Most notably, he helped support National Aeronautics and Space Administration (NASA) in determining the cause of the Space Shuttle Columbia accident in 2003 and was part of the team that shutdown the Deepwater Horizon oil well after the explosion and spill in 2010.

Dr. Hassan is a Fellow of the American Institute of Aeronautics and Astronautics (AIAA) and serves as the Institute President (2020-2022). Previously, he served on AIAA’s Board as Director and Vice President from 2008-2017, and President-Elect from 2019-2020. He has also served on several national review boards for the National Academies, NASA, DARPA, and Air Force Office of Scientific Research. Since 2004, he has participated as an external member of the NASA Engineering and Safety Center. Dr. Hassan currently serves on the North Carolina State University’s Mechanical and Aerospace Engineering Educational Advisory Board and has served on similar boards for New Mexico State University, Texas A&M University, the University of Texas at Austin, the University of New Mexico, and the Georgia Institute of Technology. He was the 2008 recipient of the AIAA Sustained Service Award and a 2017 recipient of North Carolina State University’s Distinguished Engineering Alumnus Award.