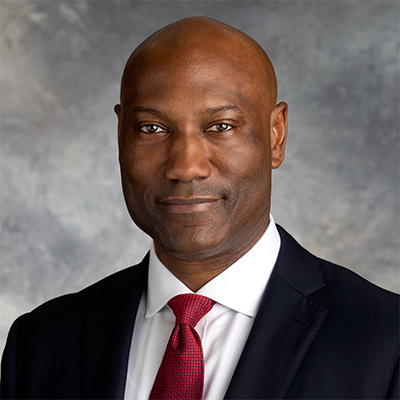 In this role, he is responsible for the C-130 Hercules transport, the C-5 strategic airlifter, the LM-100J commercial air freight variant, and the P-3 Orion. As Site General Manager for the Marietta manufacturing facility, he is responsible for the day-to-day operations of the facility. In addition to the AMMM Line of Business (LOB), the Marietta site manufactures Center Wing Assemblies for the F-35 Lightning II multirole, fighter aircraft, and provides sustainment support for the F-22 Raptor.

Prior to this position he was Vice President and General Manager, F-16/F-22 Integrated Fighter Group (IFG) Programs at Lockheed Martin Aeronautics Company in Fort Worth, Texas. There he was responsible for an organization of more than 3,000 employees performing new aircraft production, avionics subsystem development, aircraft integration and product support, and sustainment for the F-16 Fighting Falcon multirole fighter and the F-22 Raptor air dominance fighter. His program portfolio also included international partnerships in support of the Japanese F-2 fighter and multiple Korean programs to include the T-50 trainer, F/A-50 light attack, and KF-X aircraft programs. He was responsible for program performance and identifying synergies across programs, aligning them for continued success. Earlier in his career, he served as the F-16 Deputy Vice President and F-16 Program Director for several countries in the Middle East, North Africa, and Southeast Asia.

Mr. McLean graduated from North Carolina A&T State University with a degree in Electrical Engineering. He holds a master’s degree in Engineering from Georgia Institute of Technology and a Master of Business Administration from the University of Maryland’s Robert H. Smith School of Business. He serves on North Carolina A&T State University’s Engineering Advisory Board, Metro Atlanta Chamber Board of Directors, and is a member of the Executive Leadership Council. Rod also serves as a member of Drakken International Board of Directors and is a National Association of Corporate Directors certified Director. He and his wife Kathy have three children.