Pegasus missions begin when the Orbital carrier aircraft (OCA) releases the Pegasus booster at an altitude of approximately 12 km (39,000 ft) and a speed of Mach 0.8. The added initial velocity and lower drag of an air launch allow Pegasus to be smaller than a booster of equivalent capability launched from the ground. In addition, the air launch capability means Pegasus can be launched from any ocean area with suitable tracking facilities, and therefore it can reach almost any orbit inclination. In a typical mission, the first-stage booster ignites 5 s after release from the aircraft and quickly initiates a pull-up maneuver to gain altitude. The vehicle decreases its pitch angle about 25 s into flight, and the second-stage ignition occurs shortly after the first stage burns out. There is a long coast period before third-stage ignition to allow the vehicle to reach orbital altitude, and then the third stage provides the remaining velocity to achieve orbit. Because solid motors have relatively large uncertainties in performance, Pegasus trajectories are designed with an additional velocity margin in the form of a flight performance reserve. If motor performance is less than nominal, the velocity margin ensures sufficient performance to reach the target orbit. If motor performance meets or exceeds nominal levels, the additional velocity can be eliminated by steering out of plane, or it can be used to maximize the orbit altitude. Orbital offers a small hydrazine-fueled fourth stage called the hydrazine auxiliary propulsion system (HAPS) located inside the avionics section for minimal impact on available payload volume. Missions using the HAPS stage can achieve higher performance at high altitude and also have improved orbit injection accuracy. 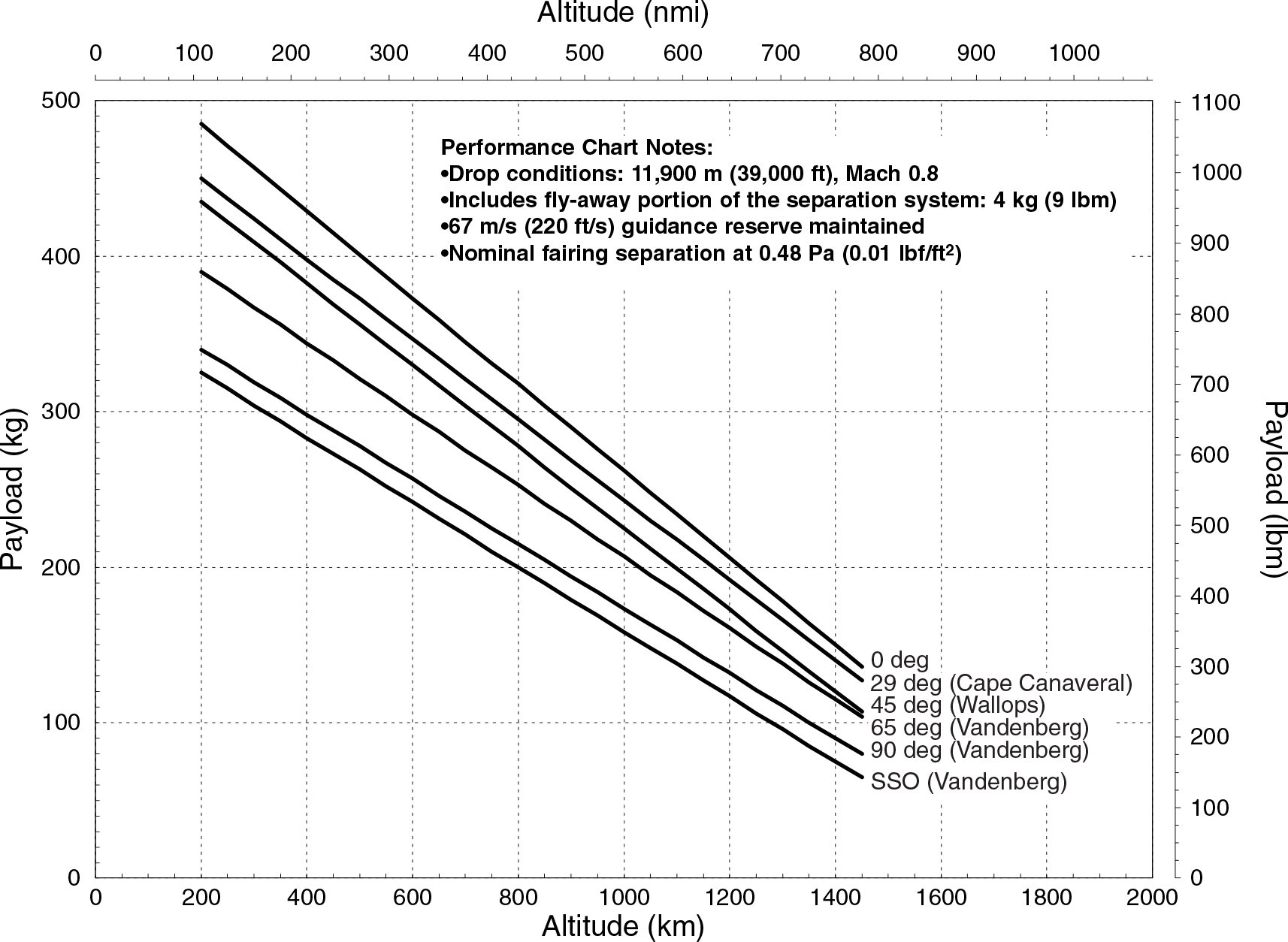