The public image of NASA is of an agency that develops spacecraft and sends them off to the Moon and to other places far, far away from the Earth.  It makes for exciting discoveries and beautiful (sublime, even) photographs, but according to this image does not help much in the way of solving down-to-earth problems.  But this is only part of the picture.  In addition to the discoveries that NASA spacecraft make, the process of developing the technology to build and launch them creates new ways for people to make their lives better.  This lesson describes a few of these ways that the space program has helped people in everyday life.

K-2-ETS1-1.  Ask questions, make observations, and gather information about a situation people want to change to define a simple problem that can be solved through the development of a new or improved object or tool.

Have you ever seen a firefighter’s safety gear?  Worn a pair of sneakers?  Watched a football game? Then you have enjoyed a NASA spinoff.  Any time something new is made using technologies or materials that were originally developed for the space program, we call it a NASA spinoff. 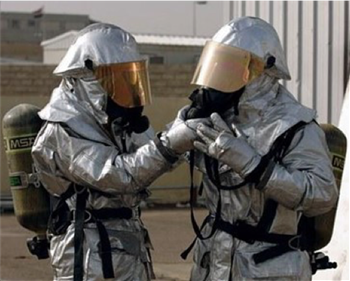 Just like astronauts, firefighters need to wear clothing that protects them from extreme heat and hazardous environments.  They also need to carry their own oxygen with them and communicate clearly while wearing a mask.  Happily, materials used to withstand the harsh conditions of space have been repurposed into bunker gear to wear while fighting fires.  Lightweight metals developed for rocket casings are now used to make

If you have ever tried on a pair of Nike Air athletic shoes, then you have encountered a NASA spinoff called “blow rubber molding.”  This type of rubber was developed when NASA was working to make helmets for outer space.  The material is placed inside a mold and air is blown into it to force it into shape.  An engineer who worked on the process suggested to some shoe companies that it might be useful for creating shoe soles that would have better shock absorbing capability—and it does.  The molds can be used to create shoes that leave a cavity that is then filled with gel to absorb more of the impact when your feet hit the ground with each step.

Modern football helmets are designed to protect the player from brain injury.  The inner lining is made from Temper foam like that used in space shuttle seats.  The foam, also known as memory foam, absorbs almost 90% of an impact—which made a safer and more comfortable seat for shuttle crews, but also protects those athletes out there on the football field from concussion and other injuries.

What is a “spinoff”?  It is something that is developed in one place, or to support one effort, and then “spins off” into a completely different place or to support a completely different thing.  When NASA engineers developed blow rubber molding, they were designing space suit helmets; they were not designing running shoes.  Somebody else took the idea from NASA and applied it to shoes, “spinning it off” from the space program into ordinary people’s lives.

3-5-ETS1-2.  Generate and compare multiple possible solutions to a problem based on how well each is likely to meet the criteria and constraints of the problem.

The material for invisible braces was developed by a company partnering with NASA.  They were creating new ceramics for use in spacecraft and aircraft and came up with a lightweight and translucent material that is practically invisible.  This is now used for brackets to hold orthodontic braces in place on teeth.  By making the braces less noticeable, the product became a bestseller.

Fisher space pens were developed for use in space.  The ink pens we use every day depend on gravity to pull the ink down to the point where it will come out on the paper.  In space, that would not work.  So pens were designed that use pressurized gas to force the ink to the writing surface. 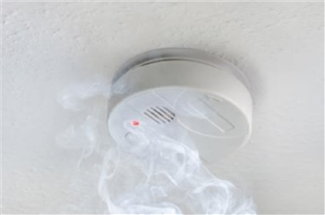 The pens work so well in various conditions (upside down, in extreme heat or cold), that they have become very popular as gifts or for use by scientists and explorers in remote locations with extreme temperatures.  (The story that the Soviet space program used pencils instead is an urban legend; among other things, pencils shed graphite flakes that can drift around in zero gravity and short-circuit electrical equipment.)

Smoke detectors existed before they were used in space, but NASA developed a version with adjustable sensitivity so that false alarms could be avoided.  Those first models were used in Skylab, but they continue to test improvements onboard the International Space Station.

NASA has a couple of games involving spinoffs from the space program to everyday life.  One is a memory game and the other is a picture search game.

MS-ETS1-1.  Define the criteria and constraints of a design problem with sufficient precision to ensure a successful solution, taking into account relevant scientific principles and potential impacts on people and the natural environment that may limit possible solutions.

Interestingly, some products that everyone believes were created by NASA were already on the market before their use in the space program.  One example is the drink mix Tang, which was sold in stores in 1959.  After it was used on John Glenn’s historic flight in the Friendship 7 (and in later Gemini flights), it became so strongly associated with NASA that people thought it was a NASA invention.  A similar confusion surrounds the fastener Velcro.  A Swedish engineer patented the hook-and-loop fastener in 1955, but its use to keep items in their place during Apollo missions had everyone thinking that it was also something cooked up by NASA engineers.  Both these products became much more popular after their use by astronauts, gaining brand recognition and cultural cachet from the association. 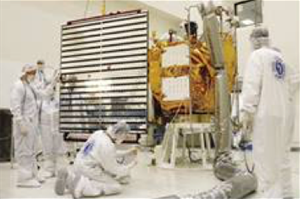 Control algorithms used to manage systems on NASA spacecraft are also used in solar chargers for rechargeable batteries.  Based on designs for NASA’s Messenger spacecraft in order to power its instruments even when the solar panels were in shadow, the system maximizes the energy collected by the panels and directs the flow of energy into the batteries or back into instruments that need it.  Applying these innovations to ground-based solar chargers made the recharging of a battery up to 30 percent faster. 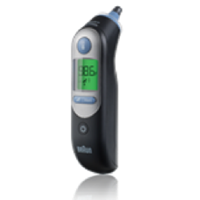 Infrared ear thermometers use the same technology that astronomers use for measuring the temperatures of stars and planets.  This is a vast improvement over older thermometers which had to be placed in the mouth to take someone’s temperature, raising the risk of transferring an infection the next time the thermometer was used.  The infrared version is simply pointed into the ear and the temperature is read without having to touch the instrument to skin or mucous membranes.  The time to take somebody’s temperature is also reduced from minutes to seconds.

HS-ETS1-2.  Design a solution to a complex real-world problem by breaking it down into smaller, more manageable problems that can be solved through engineering.

A common complaint about the space program is that we should spend our money solving down-to-earth problems instead.  But this is a false choice; we can do both.  As your writer is composing these paragraphs, he is keeping a weather eye out for a hurricane that is forecast to arrive in a week.  Half a century ago, before satellite data caused a vast improvement in weather forecasting, a three-day forecast was the best one could hope for.  Indeed, the Great New England Hurricane of 1938 was so destructive in part because it moved so quickly that it outran the ability of meteorologists to warn the people in its path.  Space technology has improved prediction times from a couple of days to a week or more. 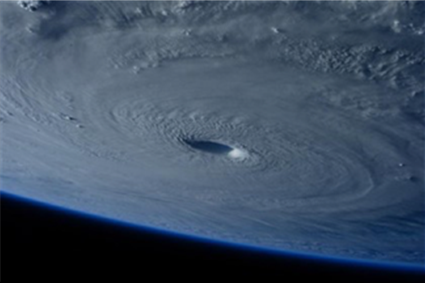 Should your writer not need to evacuate, he will know this far enough ahead of time that he will not have actually gone through the disruption of evacuating.  In addition to the damage and loss of life that a hurricane causes, there are other costs associated with the lost time and effort spent in preparing for it and evacuating from its path.  Modern forecasts of hurricane paths and strengths, aided by data received from orbiting weather satellites, allow for much more precise specifications of exactly who needs to leave and who can stay.

Should your writer need to evacuate, though, he will be able to plan his route using a satellite-based mapping capability.  He will be able to see traffic jams as they occur on his proposed route and modify his evacuation plans accordingly.  Satellites in the Global Positioning System are fundamental to this ability.  Your writer remembers a hurricane evacuation a quarter-century ago in which the main highway leading away from the coast turned into an eighteen-mile-long parking lot.


Sixty Years Ago in the Space Race:

September 18, 1959:  The American Vanguard 3 satellite was successfully launched into orbit.  It is still there.