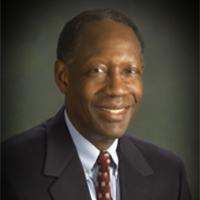 General Lyles entered the United States Air Force in 1968 as a distinguished graduate of the Air Force ROTC program. He served in various assignments, including Special Assistant and Aide-De-Camp to the Commander of Air Force Systems Command; and, Avionics Division Chief in the F-16 Systems Program Office. He served as Program Director of the Medium-Launch Vehicles Program and Space-Launch Systems offices in 1997 during the recovery from the Challenger Space Shuttle accident.

General Lyles became Vice Commander of Ogden Air Logistics Center, Hill AFB, Utah. He served as Commander of the center from 1993 until 1994, then commanded the Space and Missile Systems Center at Los Angeles AFB, Calif., until 1996. General Lyles became the Director of the Ballistic Missile Defense Organization in 1996. In May 1999, he was assigned as Vice Chief of Staff at Headquarters U.S. Air Force. In April 2000, he became the Commander, Air Force Materiel Command, Wright-Patterson Air Force Base, Ohio. The command conducts research, development, test and evaluation, acquisition management services and logistics support for the Air Force.  He retired in October 2003.

The General has received many awards and decorations including the Defense Distinguished Service Medal, the Distinguished Service Medal, the Defense Superior Service Medal, and the Legion of Merit with oak leaf cluster. He was named Astronautics Engineer of the Year by the National Space Club in 1990, and received the Roy Wilkins Renown Service Award for outstanding contributions to military equal opportunity policies and programs from the NAACP in 1994.  He was named Black Engineer of the Year / Lifetime Achievement in 2003.  Gen. Lyles received the “General Thomas D. White Award” for distinguished service in national security, from the U.S. Air Force Academy in 2012.

He has served on the Board of Directors for several corporations, including:

General Lyles served on the Augustine Space Committee in 2009 developing the agenda for the Human Space Flight missions of NASA.  He also chaired the National Research Council’s ‘Roles and Rationale Study of the U.S. Civil Space Programs’ in 2009.  General Lyles was appointed to the Defense Science Board from 2009 to 2016, and, appointed by the White House to the President’s Intelligence Advisory Board from December 2009 to May 2013.   General Lyles was elected to the National Academy of Engineers in March of 2011.  From 2013-2017 General Lyles served as a member of the State Department’s International Security Advisory Board. He served as chair of the Aeronautics and Space Engineering Board for the National Academy of Engineering from 2012 to 2016. He was named the Chairman of the NASA Advisory Council in 2016.  In June 2018 General Lyles was appointed as a member of the Users Advisory Group to the National Space Council.