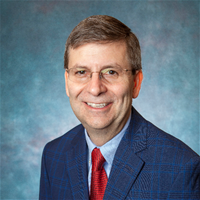 He has a B.S., M.S., and Ph.D. in Aerospace Engineering, all from the University of Southern California and currently teaches their capstone senior aircraft design course.

He is a recent (2018) AIAA Fellow and the Leader of the AIAA Aircraft Electrified Propulsion and Power (AEPP) Working Group. He helped create and was the General Chair of the new Electric Aircraft Technologies Symposium (EATS).  He previously was Chair of the AIAA Green Engineering Program Committee and the High Speed Airbreathing Propulsion Technical Committee. He is an instructor for the AIAA short course on the “Design for Electric and Hybrid Electric Aircraft”.  He is the Technical Chair for P&E 2020.

He has authored 2 book chapters, 50 publications, 2 patents, and conducted 15 addresses or speeches at technical conferences related to green aviation and advanced propulsion.  He has lectured in courses and seminars at USC, Auburn, MIT, and Cal State Los Angeles and Long Beach on electric aircraft, alternative fuels and green aviation technologies.

Through his technical efforts and leadership he has helped define future advanced technology concepts for aviation. He served the National Academies as a major contributor to the recent report: “Commercial Aircraft Propulsion and Energy Systems Research: Reducing Global Carbon Emissions”. His SUGAR Volt hybrid electric concept has inspired a whole generation of research at universities, industry, and governments. The NASA N+3 SUGAR contract developed future commercial airliner concepts and technologies that have been used by NASA to define their investment strategy. This study identified key technologies such as hybrid electric propulsion, truss-braced wings, and LNG cryogenic fuels and, in turn, has been leveraged in similar studies inside Boeing, at universities worldwide, and at the FAA and AFRL. He has become an influential expert on green aviation concepts and technologies and is continually sought after to appear on high level industry conference panels and be interviewed by the technical news media. His SUGAR Volt hybrid electric concept was featured in the Boeing “Innovation Video Series", on the Discovery Channel’s “The Green Room” program, on the cover of Aviation Week, and in Popular Science as well as numerous U.S. and international (Germany, England, China) publications.

He was instrumental in conducting 4 initial biofuel flight demonstrations that ultimately led to the approval to use biofuel blends in commercial and military aircraft. He was the primary author of the original flight test planning documents for the four highly successful Boeing biofuel flight demonstrations including the “World’s First Commercial Aircraft Flight on Biofuel”. He was the R&D co-leader for the Commercial Aircraft Alternative Fuels Initiative (CAAFI) and coordinated development and certification of biofuels. This work helped pave the way for international certification of biofuels in commercial and military aircraft and enabled Boeing and the International Air Transport Association (IATA), to sign-up to goals for carbon neutral aviation growth by 2020 and 50% reductions by 2050.

He led successful efforts to introduce environmental life cycle and footprint analysis in the design of Boeing products. He is a focal point at Boeing and the aerospace industry for future “green” technologies including biofuels, LNG, hydrogen, electric propulsion, fuel cells, batteries, and other advanced energy technologies.