Melissa Sabatine President of the Aero Club of Washington 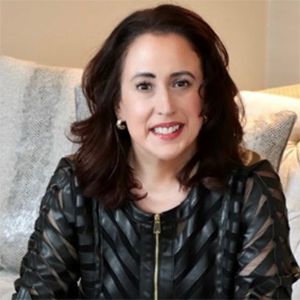 Melissa Sabatine is an airport industry expert and accomplished cross-sectoral executive.  A mission-oriented leader at heart, she offers a wide breadth of skills across modes of transportation, government, regulatory affairs, policy development, coalition building, business development and branding. Melissa possesses a deep, strategic knowledge of U.S policies and programs, budgets, and operations within governmental bodies, with focused experience in aerospace, aviation, and science.

Her colleagues describe her as an intuitive thinker and problem solver who can see both the bigger picture and small details with an unwavering focus on the overall objective. She excels at navigating complex relationships, advocating for diverse groups, and managing multiple, often competing priorities to flawless execution.

For over a decade, Melissa led the Regulatory Affairs team for the American Association of Airport Executives (AAAE).  In this capacity, she served as a passionate advocate for AAAE’s members before the U.S. Department of Transportation, the Federal Aviation Administration and the Environmental Protection Agency. She also spearheaded many of AAAE’s business operations, including development of revenue-generating opportunities, domestic specialty conferences and trainings. As Deputy Executive Director of the International Association of Airport Executives (IAAE), Melissa specialized in issues relevant to the Latin American and Caribbean regions (LAC), including development of training programs for LAC airport professionals.

Melissa has served in a series of executive policy positions in Washington, D.C. including as Senior Policy Advisor to the Secretary of Transportation for former secretaries Norman Mineta and Mary Peters, as Associate Administrator for Communications and Congressional Affairs of the Federal Transit Administration and Deputy Director of the Commission on the Future of the U.S. Aerospace Industry. At the DOT, she was awarded the Secretary’s Gold Medal for her part in the recovery efforts associated with Hurricane Katrina.

Prior to her service at DOT, Melissa spent many years on Capitol Hill as a press secretary and senior-level staffer in the United States House of Representatives and the United States Senate, as well as in the private sector for a political media firm and at a trade association representing the high-tech industry. Profiled as a "Mover and a Shaker" in Campaign and Elections Magazine,
she was regarded as one of the best liked and media savvy press secretaries during her tenure on Capitol Hill.

Melissa currently serves as President of the Aero Club of Washington, a social club founded in 1909 to advance networking and education in the aviation industry. She is a Certified Member (C.M.) in airport management by AAAE and well-versed in international airport operations standards as an International Aerodrome Certified Employee (IACE).  A Pennsylvania native, she is a graduate of Duquesne University where she majored in Journalism and Political Science.

Her passions include advocating for diversity and inclusion within the aviation industry. A member of Women in Aviation International, Melissa actively seeks ways to promote and support other women in the industry. She has played a large part in deploying Wings for Autism/Wings for All at U.S. airports, a program to make travel more accessible for people with intellectual and developmental disabilities.  Passionate about wellness, she is studying to become a certified health and integrative nutrition coach at the Institute for Integrative Wellness (IIN).