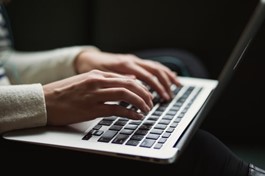 OVERVIEW
This course is designed for engineers tasked to write technical reports, proposal technical volumes, and engineering process documents.  The course techniques and guidelines were assembled by the instructor through his experience working on these types of documents during his career, and through the tutelage of technical document editors and proposal development consultants involved with these documents.  The material is specific to writing needs of professional engineers.  Almost half of the course is dedicated to learning a disciplined process for organizing and drafting documents and figures.  The remaining portion consists of learning essential writing guidelines for efficient communication with a reader.  Students spend course time practicing the techniques introduced in the lectures.  Students must be able to use Microsoft Word, and experience in Microsoft PowerPoint is helpful.

Between classes, students will be encouraged to complete optional assigned exercises that simulate the process for organizing and drafting technical documents.  The students will email completed exercises to the instructor for review among the class in the following session.  At the last session of the course, students will also get the opportunity to review other students’ (anonymous) document drafts.

Who Should Attend
This course is intended for any engineer tasked with creating a research paper, research report, proposal document, technical process description, or any other technical documentation.

Cancellation Policy: A refund less a $50.00 cancellation fee will be assessed for all cancellations made in writing prior to 7 days before the start of the event. After that time, no refunds will be provided.