AIAA Members: make sure you are signed in to the site  with your member credentials to be able to register for the webinar.

This webinar is brought to you by the HyTASP Technical Committee and is offered exclusively to AIAA members. Want to learn more about the benefits of AIAA membership?

Join Dr. Rodney Bowersox as he presents an overview of the OUSD Joint Hypersonics Transition Office sponsored University Consortium for Applied Hypersonics (UCAH). UCAH is envisioned as a collaborative inclusive network of universities, government, industry, and national laboratories collaborating to deliver time-sensitive applied hypersonic research and prototype solutions to the DOD. The consortium membership includes 80 universities, 76 industries, and 8 national labs, FFRDCs and UARCs. A description of the organization structure and engagement opportunities is provided.

Additionally, Bowersox will present an overview of the hypersonic turbulent aerothermochemistry research at Texas A&M University. The focus of the research is to extend modeling to include mechanical, thermal, and chemical non-equilibrium effects. Three examples are discussed: (1) 2-D Mach 5 flow with pressure gradients, (2) 2-D Mach 6 flow with thermal non-equilibrium plasma, and (3) the BOLT II Flight Test in Memory of Mike Holden, which will produce a 3-D Mach 6 boundary layer with pressure gradients, non-iso-thermal walls, and a complex transition process. 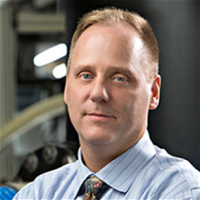 Dr. Bowersox, Associate Dean for Research and Ford I Professor of Aerospace Engineering at Texas A&M University, received his BS, MS, and PhD in Aerospace Engineering from Virginia Polytechnic Institute & State University in 1988, 1990, and 1992, respectively. He founded and directs the Texas A&M University National Aerothermochemistry and Hypersonics Laboratory. He is the TEES Executive Director for the OUSD Joint Hypersonics Transition Office (JHTO) University Consortium for Applied Hypersonics. He is a Fellow of the American Institute of Aeronautics and Astronautics and the American Society of Mechanical Engineering. He is a 2017-2022 DoD Vannevar Bush Faculty Fellow. He is a Member of the American Chemical Society, American Physical Society, and the Optical Society of America. He is also an Associate Editor for the AIAA Journal and the AIAA Journal of Propulsion and Power.