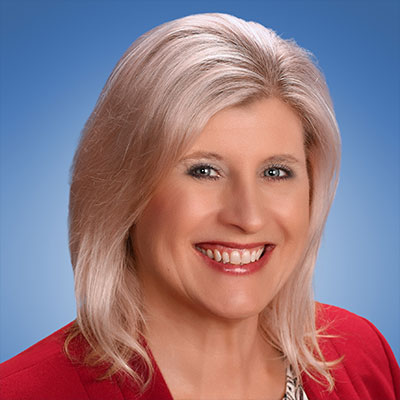 Cindy Hoover was named Vice President for Research &amp; Technology and Growth Programs in August, 2020. In this role, she creates the strategy and capabilities to deliver technical innovation to support the global business and to grow and diversify the company through new growth initiatives.

Previously, Cindy was Vice President &amp; Chief Engineer of Operations. In that role, she provided engineering and technical support services to operations. Cindy joined Spirit in 2007 and held Director Roles in Lean Operations, Fuselage Engineering and the 767 Tanker Program. In 2012, Cindy was promoted to Vice President and ran the 737 MAX Program, where she oversaw the development, execution and integration of the product into existing operations and delivery to the customer. Cindy also held positions as Vice President for the 777X Program Development and Integration and the Boeing Sustaining Twin Aisle Program.

Cindy began her professional career more than 30 years ago at Koch Industries, where she gained experience in engineering and project management, before moving to LSI Corporation. During her ten years at LSI, Cindy held leadership positions with increasing levels of responsibility in Program Management, Six Sigma, and Operations prior to her role as Site Leader of the Wichita Facility.

A graduate of Wichita State University, Cindy received her bachelor’s degree in Electrical Engineering. She received her MBA from Friends University and her Six Sigma Black Belt Certification from Six Sigma Academy.

Cindy has been a member and leader of the Society of Women Engineers for more than 33 years, where she has held multiple leadership roles including Treasurer and President of the Society. An active member of the Wichita community, Cindy has previously served on the boards for WSU Tech, United Way of the Plains, Girl Scouts of Kansas Heartland, Wichita Area Outlook Team, Wichita Chamber of Commerce and Wichita State’s College of Engineering. Currently, Cindy is serving as Chair of Wichita State University’s Alumni Association and is a member of the University’s National Advisory Council.

Cindy and her husband, Bryan, reside in Wichita, Kansas.