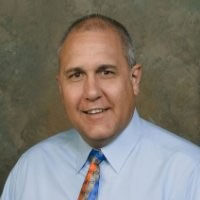 Joaquin H. Castro has 42+ years of propulsion engineering, management and leadership experience. After the Aerojet acquisition of Pratt & Whitney Rocketdyne (PWR) in June of 2013, he joined the Space Advanced Programs Organization of the newly formed Aerojet Rocketdyne Company.

In 2012 Joaquin assumed leadership of International Advanced Propulsion Programs activities at PWR. From 2006 to 2012 he led the strategy and business development activities for the PWR product lines for DOD applications. In this role he led a national team of Field and Program Managers responsible for the support and growth of PWR’s Military Business.

Between 1998 and 2006, Mr. Castro led the high-speed air-breathing propulsion activities at Pratt & Whitney Rocketdyne with responsibility for all Hypersonic and Combined Cycle Programs. In this role, Mr. Castro’s was responsible for P&L, design development and deployment of hypersonic propulsion products including ramjets, scramjets, combined cycle integration and high-speed elements of combined cycle propulsion systems.

Mr. Castro is a Fellow of the American Institute of Aeronautics and Astronautics and the Director of the AIAA Propulsion and Energy Group. Mr. Castro was inducted in the International Space Hall of Fame in 2013 as a member of the DC-X Team.

Mr. Castro is a commercial, instrument, land and sea rated pilot and a licensed aircraft mechanic. When not generating thrust with rocket and scramjet engines, Mr. Castro spends some of his time flying and restoring general aviation aircraft.

Joaquin has been married to his wife Lourdes for 42+ years. They have two beautiful daughters Chelsy and Leilani and three granddaughters Eva, Belen and Mackensie.