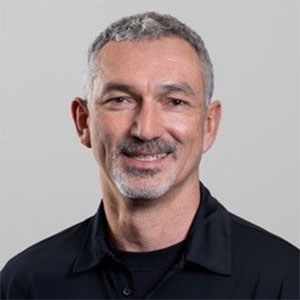 John is the Engineering Director for the Propulsion and Powerplant Systems team at Boom Supersonic. He is responsible for building a world class engineering team that will design, test, certify and support the propulsion and powerplant related systems for the new supersonic aircraft Overture. John is a veteran of the aerospace industry with 30 years of experience divided between new product development and in-service production build &amp; support.

Prior to joining Boom, John was an Engineering Director at The Nordam Group where he was responsible for design and certification activities across the company’s various corporate divisions. John also spent 19 years at Gulfstream Aerospace where he held various positions with increasing responsibilities up to engineering director. He directed teams responsible for powerplant systems, environmental controls, fuel and oxygen, as well as acoustics and thermodynamics.

John’s experience also includes being a senior engineer for External Systems & Integration at Pratt & Whitney Canada working on new turboshaft engines for helicopter platforms. He also worked at Bell Helicopter as a powerplant systems design engineer where he was directly involved in the development of 4 new helicopter programs and production support.

John earned a bachelor’s degree in Mechanical Engineering from Concordia University in
Montreal, Quebec and a certificate in Aircraft Technology from Ecole Nationale D’Aerotechnique in St Hubert, Quebec.