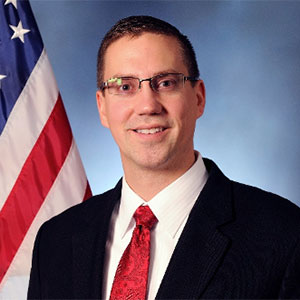 While at the Air Force Research Laboratory, Dr. Matyjas served as Technical Advisor for the Computing and Communications Division at the Information Directorate as well as Core Technical Competency (CTC) Lead for Connectivity and Dissemination, developing information technologies critical for C4ISR and cyber systems. Dr. Matyjas cultivated strategic co-development partnerships via joint capability tech demonstrations (JCTDs) and coalition experimentation while serving as US National Lead since 2010 for The Technical Cooperation Program (TTCP) C4I Group, Communications & Networking Panel. These accomplishments were lauded by AFRL with induction as Fellow in 2016.

In the area of wireless communications and networking, Dr. Matyjas has published over 100 journal and conference articles resulting in 3 key patents filed and more than 1500+ citations. He recently published as lead editor two books on the subjects of directional antennas and spectrum sharing, respectively.

As an international authority, he is frequently invited as a speaker to flagship IEEE communications conferences, the Association of Old Crows, NATO, AFCEA, IDGA, and AdHocNets events. In recognition of his technical leadership and professionalism, he was appointed to the IEEE Wireless Communications Editorial Advisory Board for a three-year term in 2012. Dr. Matyjas also provided 6 years of service as an adjunct faculty in the Department of Electrical Engineering at the State University of New York Polytechnic.