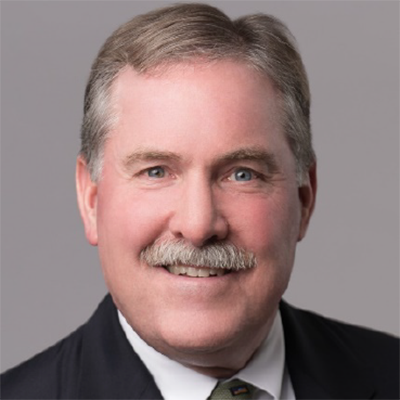 Previously, Zolper served in roles of increasing responsibility at the Defense Advanced Research Projects Agency (DARPA) from 2001 to 2007. As the director of the Microsystems Technology Office (MTO), he was responsible for the strategic planning and execution of a portfolio of more than 75 research programs with an annual budget of more than $400 million. Before his appointment as director of MTO, Zolper was the chief scientist/deputy director and a program manager, where he oversaw DARPA’s multiyear $250 million Wide Bandgap Semiconductor program and the Technology for Frequency Agile Digitally Synthesized Transmitters program.

Before joining DARPA, Zolper was a program officer at the Office of Naval Research from 1997 to 2001, where he managed a portfolio of basic and applied research in advanced electronics. From 1989 to 1997, Zolper was a principal member of the technical staff at Sandia National Laboratories.

Zolper holds a bachelor’s degree in physics from Gettysburg College, and he earned a master’s degree and a doctorate in electrical engineering from the University of Delaware. From 1988 to 1989, Zolper performed his post-doctoral research on high efficiency silicon solar cells at the University of New South Wales in Sydney, Australia.

Zolper was awarded the Exceptional Public Service Award from the Office of the Secretary of Defense in 2007. He is also a fellow of the IEEE (Institute of Electrical and Electronics Engineers) and an associate fellow of the AIAA (American Institute of Aeronautics and Astronautics). He served on the Air Force Scientific Advisory Board from 2010 to 2014 for which he was awarded the Department of the Air Force, Commander’s Public Service Award.