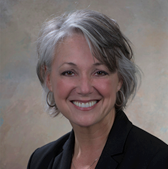 Marcia Lindstrom leads the Strategic Communications Team for
NASA’s Space Launch System, the SLS – America’s rocket being
designed to carry humans to the Moon and on to Mars. Prior to joining
the SLS team, Marcia managed the External Relations Office for
NASA’s Marshall Space Flight Center and before that served as the
Communications Strategist for NASA Headquarters leading the
Agency’s efforts for large-scale events. Marcia came to NASA after
more than a decade of work at the U.S. Space &amp; Rocket Center. Her
tenure at the Center involved development efforts such as the Saturn V
Restoration and included a 6-year stint as the Director of Operations for
the Center’s world-renowned Space Camp programs. Marcia is a
veteran of the USAF.